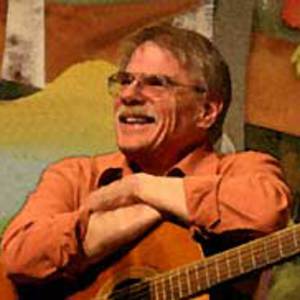 Gordon Bok stands out among the various artists that can be lumped into the "Traditional Folk" category. Born in Pennsylvania, he moved to Camden, Maine and it was there in coastal Maine that Bok was influenced by sea-faring culture and its music. He released his first album in 1965 and in 1970 signed to Folk-Legacy records, where he released a number of solo albums, as well as many collaborations with Ann Mayo Muir and Ed Trickett.

In 1990 he began releasing music on his own label, Timberhead Music. Bok, who plays the guitar as well as several homemade instruments, has a unique style influenced in equal parts by Latin American guitar music, sea-shanties and jazz. His distinctive six and twelve string guitar playing betrays his virtuosity at the instruments and plays a facinating counter-point to he rocky baritone. Many of his recordings, especially early Bok, Muir & Trickett and solo recordings are considered by critics to be some of the finest examples of traditional folk put to tape.

Herrings in the Bay

Apples in the Basket

Dear To Our Island

In The Kind Land

Return To The Land