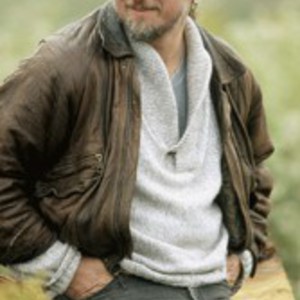 Garnet Rogers (born May 1955) is a Canadian folk musician, singer, songwriter and composer. He began his professional career working with his brother, folk musician Stan Rogers, and arranging Stan's music. Since Stan Rogers' death in 1983, Garnet Rogers has pursued his own career. While his brother's style of writing was more traditional and often based on Canadian Maritime styles, Garnet's style is more modern, utilizing influences from blues, rock, country/bluegrass, and classical.

Garnet lives on a farm in rural Ontario, where his wife raises champion thoroughbreds.

At A High Window

Speaking Softly In The Dark

The Outside Track (Vinyl)