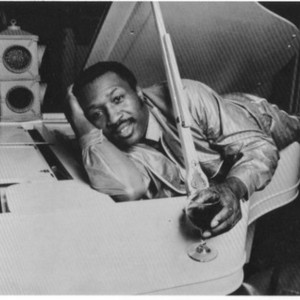 Swamp Dogg (born Jerry Williams, Jr. on the 14th of July, 1942), is certainly one of the most eccentric people associated with American deep-soul music. Described as ?Wilson Pickett meets Frank Zappa in a bad mood,? Swamp has also been infamous for his idiosyncratic and odd album covers (his association with the anti-Vietnam movement also allegedly put him on Nixon's enemies list). Swamp released many albums over his long career on numerous record-labels (many of them indie), often leading to next to no promotion for his releases and keeping him firmly a cult musical figure.

Despite his own music's cult-status, Swamp has wrote hits for Gene Pitney, Johnny Paycheck, and a host of others (as well as producing numerous artists). His music has been sampled by many hip-hop artists such as Talib Kweli and Jurassic 5. He is still recording to this day, his latest album, released in 2007, is titled, Resurrection.

Sorry You Couldn't Make It

The White Man Made Me Do It

Give Em' As Little As You Can...As Often As You Have To

You Ain't Never Too Old To Boogie (Vinyl)

Have You Heard This Story? (Vinyl)