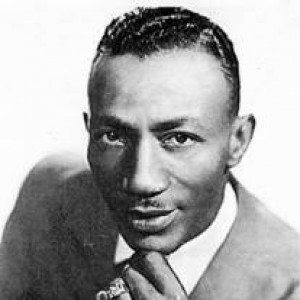 Lee Dorsey (December 24, 1924 ? December 2, 1986) was an American pop/R&B singer during the 1960s. Much of his work was produced by Allen Toussaint with instrumental backing provided by The Meters. Between 1965 and 1969 Dorsey put seven songs in the US Hot 100 charts, the most successful of which was "Working in the Coal Mine" in 1966. Born Irving Lee Dorsey in New Orleans, Louisiana, Dorsey moved to Portland, Oregon when he was ten years old.

Born Irving Lee Dorsey in New Orleans, Louisiana, Dorsey moved to Portland, Oregon when he was ten years old. He served in the United States Navy and began a career in prizefighting. Boxing as a light heavyweight in Portland in the early 1950s, he fought under the name "Kid Chocolate" and was quite successful.

Dorsey met songwriter/producer Allen Toussaint at a party in the early 1960s, and was signed to the Fury record label. The song that launched his career was inspired by a group of children chanting nursery rhymes - "Ya Ya" went to number seven on the Billboard Hot 100 in 1961. He recorded other songs for Fury before the label folded, and Dorsey went back to his car repair business.

Toussaint later came back on the Amy label and began to work with Dorsey once again. From 1965 to 1969 Dorsey put seven songs in the Hot 100, the most successful of which was "Working In The Coal Mine" in 1966. It was to be his second and last Top Ten song. In 1970 Dorsey and Toussaint collaborated on an album entitled Yes We Can; the title song was Dorsey's last entry in the singles chart. It was later a hit for the Pointer Sisters under the title, "Yes We Can Can".

Dorsey appeared on an album with Southside Johnny and the Asbury Jukes, which led to more recordings on his own with ABC Records in the late 1970s. In 1980, Dorsey opened for English punk band The Clash on their U.S. tour.

Dorsey contracted emphysema and died in New Orleans in 1986, at the age of 61.

Dorsey's songs have been covered by artists as diverse as Petula Clark ("Ya Ya Twist," a 1962 French version of "Ya Ya") and Devo ("Working In The Coal Mine").

He is referenced in the Beastie Boys' song lyrics for "Sure Shot" - "...everything I do is funky like Lee Dorsey."

Wheelin' And Dealin' - The Definitive Collection