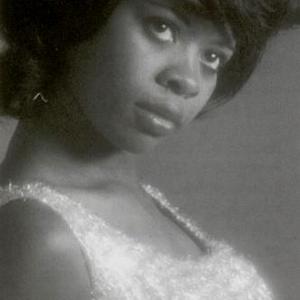 Irma Thomas (b. February 18, 1941, Ponchatoula, Louisiana) whose only national chart hit in a 50 year career is 1963's "Wish Someone Would Care", is an enduring, Grammy winning, soul, gospel, rhythm and blues singer from New Orleans. Known as the "Soul Queen of New Orleans", she is a contemporary of Aretha Franklin and Etta James, but did not tour as relentlessly, and industry support and major commercial success eluded her for decades.

Thomas, who once was told by execs at Atlantic in the late 60's that "she just didn't have it anymore", remained undaunted, and continues to perform to a loyal and growing following worldwide. She was finally awarded a Grammy for her 2006 Rounder album "After the Rain", after more than 40 years as singer. She won The Best Contemporary Blues Album Grammy again for her 2008 album "Simply Grand".

Releasing her first single in 1959, she struggled to launch her career from segregated New Orleans as a teenage waitress with 4 children in the early 60's. Now, finally undergoing a late career renaissance on the Rounder label, much of her most enduring work was produced in the early 1960's by Allen Toussaint for Minit Records, and she also recorded for other labels including Imperial, Chess, and Atlantic, eventually retiring for a period before reviving her career in earnest in the late 1980's.

Thomas is perhaps best known outside of New Orleans for her recording of "Time Is on My Side," which predated the hit version by The Rolling Stones. Otis Redding's hit "Pain In My Heart" was built on an earlier song, "Ruler Of My Heart," recorded by Thomas.

Thomas is still active as a performer, appearing annually at the New Orleans Jazz and Heritage Festival and various tour dates in the US and Europe. She has reigned as Queen of the Krewe du Vieux for the 1998 New Orleans Mardi Gras season and often headlined at her own club, the Lion's Den, which is now out of business due to the effects of Hurricane Katrina. Irma Thomas has participated in numerous post-Katrina charity projects including The New Orleans Social Club, and won numerous awards including the Offbeat Magazine Award, Mojo Magazine's Legends award, Big Easy Award, a Family Services Award and many more. In 2009, Scott Billington compiled a Rounder records retrospective "Irma Thomas: A 50th Anniversary Celebration of The Soul Queen of New Orleans: " .

Love Is The Foundation

Straight From The Soul

If You Want It, Come And Get It