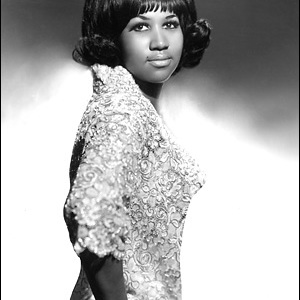 Aretha Franklin (March 25, 1942) is a Memphis, Tennessee-born but Detroit, Michigan-raised American iconic gospel, soul, and R&B singer. Many have called her "The Queen Of Soul" and "Lady Soul". She is renowned for her soul and R&B recordings but is also adept at jazz, rock, blues, pop, and gospel. She is generally regarded as one of the best vocalists ever by such industry publications/media outlets as Rolling Stone and VH1, due to her phenomenal technical and interpretive talents.

Adept at the piano as well as having a gifted voice, Franklin became a child prodigy. By the age of fourteen, she signed a record deal with Battle Records, where her father Reverend C.L. Franklin recorded his sermons and gospel vocal recordings, and she issued Songs of Faith in 1956.

She is the second most honored female popular singer in Grammy history (after Alison Krauss), having won eighteen competitive Grammys (including an unprecedented eleven for Best Female R&B Vocal Performance, eight of them consecutive). The state of Michigan has declared her voice to be a natural wonder.

Franklin is perhaps best-known for her interpretation of Otis Redding's Respect, recorded in 1967 with sisters Carolyn Franklin and Erma Franklin. Many of her songs, however, were originals that have since been covered by other artists. Some of her best-known compositions include (Sweet Sweet Baby) Since You've Been Gone, Ain't No Way, All The King's Horses, Baby, Baby, Baby, Call Me, Dr. Feelgood, Rock Steady, Spirit In The Dark, and Think (which she performed in the film The Blues Brothers).

The Genius Of Aretha Franklin

A Brand New Me: Aretha Franklin (With The Royal Philharmonic Orchestra)