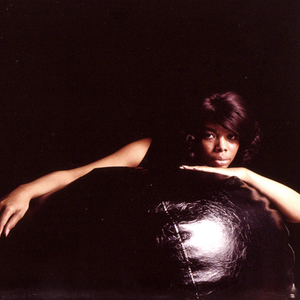 Millie Jackson is an African-American R&B/Soul singer-songwriter and actress whose music has also explored Disco, Hip-Hop, Pop, Rock and even Country. Her powerful vocal performances are also distinguished by long, humorous, and explicit spoken sections in her music; her work from the 1970s and 1980s, is often cited as an influence on female rappers. She is the mother of Contemporary R&B singer, Keisha Jackson.

Millie Jackson was born in the small town of Thompson, Georgia, on 15 July 1944; she was the daughter of a sharecropper. Her mother died while Jackson was still a child, and subsequently she and her father moved to Newark, New Jersey. By the time she was in her mid-teens, she moved to Brooklyn, New York, and lived with an aunt. She occasionally worked as a model for magazines like Jive and Sepia.

Her career is said to have begun on a dare to enter a 1964 Harlem nightclub talent contest, which she soundly won.

Though she first recorded for MGM records, she soon left and began her long association with Spring records. Among her early hits was Hurts So Good which was featured in the blaxploitation film Cleopatra Jones. During the 1970's, she travelled the Southern club circuit along with other bands like The Mighty Majors. She is a former Grammy Award nominee for If Loving You Is Wrong (I Don't Want to Be Right) from the album Caught Up. On that album, the follow-up Still Caught Up, and others, she was backed by the renowned Muscle Shoals rhythm section. Her voice is frequently compared to Gladys Knight's.

Jackson's chart success continued into the 1980s. Two of her largest hits during this period include "Hot! Wild! Unrestricted Crazy Love" and "Love Is A Dangerous Game." Both songs reached the Top 10 of R&B chart.


Jackson now runs her own record label, Weird Wreckuds. For the past several years Jackson has had her own radio show in Dallas, Texas. Broadcasting via remote from her home in Atlanta, Jackson can be found working in afternoon drive time from 3-6 pm on KKDA 730 AM.

In 2000 her voice featured in "Am I wrong" by Etienne de Crecy, sampled from her performance in "If loving you is wrong". In 2001, Jackson issued her album, "Not For Church Folk!" on her own label, Weird Wreckuds. It includes the single, "Butt--A-Cize." Jackson continues to tour.

The Moods Of Millie Jackson: Her Best Ballads

Soul For The Dancefloor

Not For Church Folk!

Caught Up / Still Caught Up

The Sequel: It Ain't Over