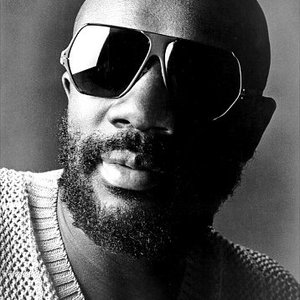 In the late 1960s and early 1970s, Hayes became famous as a recording artist in his own right, scoring with critically and commercially successful albums such as Hot Buttered Soul and Black Moses. Hayes is best known today for composing the score to the 1971 blaxploitation film Shaft. That film's "Theme from Shaft" was one of the best-selling singles in Stax Records history, and Hayes became the first African-American to win an Oscar for a non-acting category when "Theme from Shaft" won the 1972 Academy Award for Best Song.

Isaac Hayes may be known to today's youngest generation as the voice of the character "Chef", the ladies' man/school cook, on the animated sitcom South Park from 1997 until his resignation from the show in March 2006. While Hayes' departure was tagged to a controversial South Park episode on Scientology that had supposedly offended him, Hayes rarely declared anything about the departure in first person.

The Very Best Of Isaac Hayes

Ultimate Isaac Hayes: Can You Dig It? CD2

Ultimate Isaac Hayes: Can You Dig It? CD1