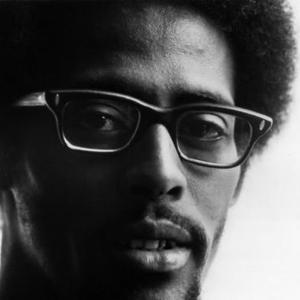 David Ruffin (Davis Eli Ruffin 1941 - 1991 ) was an American soul singer born in Whynot, Mississippi who is most famous for his stellar work as lead singer of The Temptations from 1964 to 1968. His gruff, gospel inflected voice was featured on numerous soul hits like"Ain't Too Proud To Beg", "Since I Lost My Baby", "My Girl" and "I Wish It Would Rain". His skyrocketing solo career was soon tempered by a dark side he could not control, and his life ended tragically of drug overdose in a seedy Philadelphia tenement.

His skyrocketing solo career was soon tempered by a dark side he could not control, and his life ended tragically of drug overdose in a seedy Philadelphia tenement.

He started his professional musical career as a teen traveling with The Dixie Nightingales, out of Memphis, Tennessee and eventually he and his brother Jimmy Ruffin found their way to Detroit, and by age 17, they were accepted into the fledgling Motown family by Berry Gordy.

Opportunity arose for David to join the Temptations in 1964, with Ruffin taking lead vocals on the huge hit My Girl. With fellow lead vocalist Eddie Kendricks and talented Motown songwriters and Gordy's promo machine backing them, they were unstoppable. Ruffin however soon began showing ego problems, showing up late in his own limo, and demanding the group be known as David Ruffin & The Temptations.

By 1969, the often erratic and high, Ruffin had been voted out of the Temps, and started his solo career with the hit "My Whole World Ended (The Moment You Left Me)". Despite Ruffin's efforts with follow ups like "I&rsquo;ve Lost Everything I&rsquo;ve Ever Loved", "I&rsquo;m So Glad I Fell For You", and "The Double Cross" , he never reclaimed the high chart positions of his debut , nor the magic of the Temptations full group sound. A second album Feelin Good struggled to chart and so did a ruffin brothers project called "I Am My Brothers Keeper" with his brother Jimmy.

Further chart attempts were made on Motown with "Walk Away From Love", from the 1975 LP Who I Am[/track], and "Just Let Me Hold You For A Night" from 1977's [album artist=David Ruffin]In My Stride LP. After Ruffin failed to reclaim his status as a premier black vocalist , he blamed Motown's promotion, and moved to Warner Brothers but languished hitless there as well.

In 1979, The Temptations attempted to reunite with David Ruffin and Eddie Kendricksbut during their homecoming concerts in Detroit, Ruffin and the group were fined when he was a no show for the first three performances, ending speculative hope of further collaborations.

In 1985, he would team up with Eddie again for a concert at The Apollo in NYC with fans Daryl Hall & John Oates doing older Temptations material that became a network tv special and best selling album. The momentum lead to an appearance at Live Aid, as well as a tour supporting a 1987 album for rca entitled Ruffin & Kendricks but 80's radio trends did not smile on the collaboration of old timers.

Kendricks and Ruffin attempted to create a trio with former Temptation Dennis Edwards but the album never got off the ground.

Prospects further dimmed until Ruffin was eventually found dead in a Philly crack house in 1991.

I Am My Brothers Keeper (With Jimmy Ruffin) (Vinyl)

So Soon We Change (Vinyl)

In My Stride (Remastered)