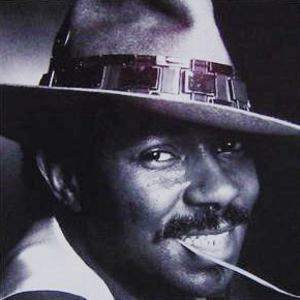 Van Allen Clinton McCoy (January 6, 1940 - July 6, 1979) was a music producer, musician, songwriter, and orchestra conductor most famous for his massive 1975 disco hit "The Hustle", which is still played on dancefloors today, almost 30 years after his death. He is also notable for producing such 1970s recording artists as Gladys Knight and the Pips, The Stylistics, Aretha Franklin, Stacy Lattisaw, and The Softones.

After he droped out of college he formed his own label Rockin' Records, and released his first single Hey Mr. DJ in 1959. This single gained the attention of Scepter Records owner Florence Greenberg, who hired McCoy as a staff writer and A&R Representative. As a writer there, McCoy penned his first hit Stop the Music for the female vocal group the Shirelles in 1962. However he didn't really come into his own until signing on with producers Jerry Lieber and Mike Stoller as a writer with their Tiger and Daisy labels. McCoy would go on to write a string of hits as the '60s progressed with them. He also penned the cult classic You're Gonna Make Me Love You for his then-girlfriend Kendra Spotswood during that period.

In 1966, McCoy recorded a solo LP for Columbia Records entitled Nighttime Is a Lonely Time, and, a year later, started his own short-lived label Vando, as well as his own production company VMP (Van McCoy Productions). In the early-'70s, McCoy began a long and acclaimed collaboration with songwriter and producer Charles Kipps, and arranged several hits for the soul group the Stylistics before releasing a solo LP Soul Improvisations in 1972, which wasn't a success. He also formed his own orchestra Soul City Symphony, and, with singers Faith, Hope and Charity, produced several albums and gave many performances. In 1975, to low expectations, McCoy released another LP Disco Baby for the Avco label.

Unexpectedly, the single "The Hustle" from the album, written about the dance of the same name and recorded last for the album, went to the top of the Billboard pop charts, and won a Grammy. McCoy, then regarded a disco hitmaker, never did repeat the success of the song, and, after a series of follow-up albums (From Disco to Love (1975 reissue of Soul Improvisations), The Disco Kid (1975), The Real McCoy (1976), Rhythms of the World (1976), My Favorite Fantasy (1978), Lonely Dancer (1979), and Sweet Rhythm (1979)) of which only the first few sold somewhat well yet spawned no hits, returned to producing and writing. He died from a heart attack in Englewood, New Jersey on July 6, 1979.

Prior to the above Van McCoy had a group and sang at a club named The Birdland on Columbia Road in Washington, D.C. They made a song called the birdland and a very popular dance in D.C. was called The Birdland. The group was named The Birdlanders and later became the Starlighters. Van later formed a Washington group named Anacostia that had a popular Album. Anacostia was named after a neighborhood in D.C. The high school, Anacostia was integrated by a student named Spottswood Robinson whos father became a famous Federal judge in D,C,

Rhythms Of The World (Vinyl)