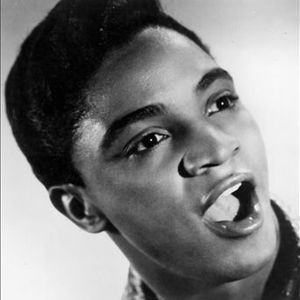 Jack Leroy "Jackie" Wilson (June 9, 1934 ? January 21, 1984) was an American soul and R&B singer born in Detroit, Michigan, where he became active in the music business. He joined Billy Ward and His Dominoes in 1953, replacing Clyde McPhatter. After losing McPhatter, the group's only recording success with Wilson came in June of 1956 with the single "St. Therese of The Roses" that reached number 13 on the Pop charts.

Wilson's solo career begin with 1957's "Reet Petite", written by the then unknown Berry Gordy, Jr. and recorded on the Brunswick Records label with whom Wilson would remain throughout his career. He had his first top 40 hit in 1958 with "To Be Loved". At the end of that year he had his first big success with "Lonely Teardrops" that went to #7 on the charts. The song, also written by Berry Gordy, Jr. became his signature tune. That same year saw Wilson release his first LP titled He's So Fine.

Wilson's brand of pop-soul and R&B helped him cross over to the mainstream, having several pop hits. His dynamic stage performances earned him the nickname "Mr. Excitement". His performance of "Lonely Teardrops" on the Ed Sullivan Show is considered one of its classics. In the 1960s, Wilson continued to record singles, many of them operatic, such as "Danny Boy" or "Night", others were up-tempo and exciting, such as "Baby Workout" in 1963. Although married to Frida Hood since 1951, Wilson was a notorious womanizer and was shot and wounded by one of his alleged lovers, Juanita Jones, on February 15 1961 in a jealous rage as he returned to his apartment with another woman, fashion model Harlean Harris, an ex-girlfriend of singer Sam Cooke. As a married man conducting extra-marital affairs, his management decided, as a way not to damage his career, to concoct a story that Jones was an obsessed fan who threatened to shoot herself, and that Wilson's intervention concluded in him being shot. Astonishingly, the story was accepted, and no charges were brought against Juanita Jones. He was divorced from Frida in 1965, and married Harlean Harris from 1967 until his death in 1984.

His career began to suffer in the mid-60s, though he managed a brief revival by collaborating with Carl Davis, a legendary Chicago producer. This resulted in two hits, "Whispers" and "(Your Love Keeps Lifting Me) Higher and Higher". The revival was short-lived, though, and Wilson rarely charted in the 1970s. Wilson suffered a massive heart attack while playing a Dick Clark show at the Latin Casino in New Jersey on September 29, 1975, falling head-first to the stage; he was singing "Lonely Teardrops". A comatose Wilson lived in a hospital until his death in 1984 at age 49. His medical costs were paid for by Dick Clark. In 1985, successful soul/funk band The Commodores, recorded "Nightshift" which was a song in memory of Wilson, as well as soul singer Marvin Gaye, who died in the same year as Wilson.

Van Morrison also recorded a tribute song called "Jackie Wilson Said (I'm In Heaven When You Smile)" on his 1972 hit album Saint Dominic's Preview. This song was later covered by Dexy's Midnight Runners. When the track was performed on the British TV show Top of the Pops, a picture of Wilson was intended to be used in the background - but an intentional joke by the band and the production staff meant that a picture of darts player Jocky Wilson was used instead. Wilson is mentioned in the rap song "thugs mansion" Tupac and Nas. The exact quote is, "Seen a show with Marvin Gaye last night, it had me shook Drinkinn peppermint Schnapps, with Jackie Wilson, and Sam Cooke".

Wilson scored a posthumous hit when "Reet Petite" reached number one in the United Kingdom in 1986. The following year,he also hit the UK charts again with "I Get The Sweetest Feeling"(No.3), and "Higher and Higher"(No.11). He was inducted into the Rock and Roll Hall of Fame in 1987; that same year, he was portrayed in the Richie Valens biopic La Bamba by Howard Huntsberry.

Wilson is interred in the Westlawn Cemetery in Wayne, Michigan.

I Get The Sweetest Feeling/Do Your Thing

By Special Request / Jackie Wilson At The Copa CD2

By Special Request / Jackie Wilson At The Copa CD1