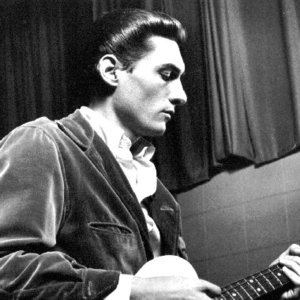 Early life Cropper was born Stephen Lee Cropper on a farm outside Dora, Missouri. In 1950, his family moved to Memphis, Tennessee. At age ten, he strummed a guitar for the first time, his brother-in-law's Gibson. Cropper received his first guitar at age 14, and started playing with local musicians. His hero at the time was Lowman Pauling of the Winston-Salem, NC band, The Five Royales. The Stax years (1961-1970)

Cropper was born Stephen Lee Cropper on a farm outside Dora, Missouri. In 1950, his family moved to Memphis, Tennessee. At age ten, he strummed a guitar for the first time, his brother-in-law's Gibson. Cropper received his first guitar at age 14, and started playing with local musicians. His hero at the time was Lowman Pauling of the Winston-Salem, NC band, The Five Royales.

Cropper and guitarist Charlie Freeman formed (as a tip of the hat to Pauling's band) The Royal Spades, who eventually became The Mar-Keys. The Mar-Keys was a play on the word "marquee"; referring to the marquee outside of Stax studios (at the time called Satellite Records). The band's inexperienced sax player Charles "Packy" Axton's mother Estelle Axton and uncle Jim Stewart owned Satellite, and eventually The Mar-Keys began playing on sessions and had a hit single of their own with 1961's "Last Night". Also in the band were producer/songwriter Don Nix and future legends, bassist Donald "Duck" Dunn and trumpeter Wayne Jackson.

Besides being impressed with the young guitarist's playing, the then Stax Records president Jim Stewart saw a business sense, professionalism, and maturity in Cropper beyond his years. When American Records founder Chips Moman left Stax, the young Cropper was given the keys to the studio, which he opened every day; he became the company's A & R man, and shared engineering duties with Stewart. A founding member of Booker T. & the M.G.'s, Stax's house band, Cropper, along with Booker T. Jones on organ and piano, bassist Dunn, and drummer Al Jackson, Jr., went on to record several hits. As a house guitarist, he played on hundreds of records, from "(Sittin' on) the Dock of the Bay", cowritten with Otis Redding, to Sam and Dave's "Soul Man" (earning the famous shout of "Play it, Steve!")

Cropper's fame was not limited to the United States. The Beatles favored Cropper's playing and his production on Otis Redding records. In fact, John Lennon and Paul McCartney made tentative plans to record in Memphis to work with the guitarist.[1] Brian Epstein canceled the session, citing security problems.

The MGs, as instrumental artists, worked because they "wrote sounds". Rob Bowman, music professor and author of the book Soulsville U.S.A.: The Story Of Stax Records, quotes Booker T. Jones as saying, "We were writing sounds too, especially Steve. He's very sound-conscious, and he gets a lot of sounds out of a Telecaster without changing any settings ? just by using his fingers, his picks, and his amps". Together, with Jones on a B-3 organ, they could get so many sounds going that they sounded like a much larger group.

Besides his influential work with the MGs, Cropper co-wrote "Knock On Wood" with Eddie Floyd, "In the Midnight Hour" with Wilson Pickett, and "(Sittin' On) The Dock of the Bay" with Otis Redding. His partnership with Redding was particularly fruitful; "(Sittin' On) The Dock Of the Bay" alone has been played over six million times, making it the sixth most-played song of all time (and the ASCAP catalog's second most).

In 1969, Cropper released his first solo album, With a Little Help From My Friends.

Cropper left Stax in the fall of 1970.[2] The company had already lost Otis Redding in a plane crash, stars Sam & Dave (through Stax's distribution deal breakup with Atlantic Records), and also disgruntled Booker T. Jones. When Cropper left, Stax lost their most successful producer, along with his partners David Porter and Isaac Hayes.

He formed TMI (Trans-Maximus) with Jerry Williams and former Mar-Key Ronnie Stoots. There he lent his guitar and producing skills to Jeff Beck, Tower Of Power, John Prine, and Jose Feliciano (on his 3 RCA albums; 1972 Memphis Menu, 1973 Compartments, 1974 For My Love). Also during this time, he played on Ringo Starr's 1973 album Ringo and the following year's Goodnight Vienna, and John Lennon asked him to play on his Rock 'n' Roll album. By 1975, Cropper had moved to Los Angeles, where Booker T. Jones was also living. They called up Al Jackson and Duck Dunn, still at Stax, and decided to reform the MGs. Jackson, however, was murdered in his Memphis home before he could rejoin the group. In tribute Cropper called him, "the greatest drummer to ever walk the earth".

In the late seventies, Cropper and Dunn became members of (The Band's drummer) Levon Helm's RCO All-Stars, and then they went on to lead The Blues Brothers Band with Al Jackson's proteg? drummer, Willie Hall. This led to several albums and two movie soundtracks. Cropper also re-recorded "(Sittin' On) The Dock of the Bay" for a Sammy Hagar single release in 1979. Cropper lived in L.A. for the next thirteen years before moving to Nashville.

Cropper remains in the The Blues Brothers Band, reunited in 1988. He and Dunn have circled the globe many times with various front men, including Larry Thurston and Stax Soul men Sam Moore and Eddie Floyd. Other notable and influential members of the Blues Brothers band include saxophonist Lou Marini (aka "Blue Lou"), trumpeter Alan Rubin (aka "Mr. Fabulous") and trombonist Tom Malone (aka "Bones" Malone).

In February 1998, he released Play It, Steve! where he described the inspirations behind his creation of some of Soul music's most enduring songs. It was released on Play It, Steve! Records. The phrase is exclaimed by Moore on Sam & Dave's "Soul Man" and later by John Belushi (a.k.a. "Joliet" Jake Blues) with The Blues Brothers. Cropper is also a part of many charities and lends his name to benefits every year.

Cropper is generally regarded as the most well known and influential Soul guitarist and because of his ability to adapt to many different styles, in 1996, he was named the greatest living guitar player (second all-time behind Jimi Hendrix) by Britain's Mojo Magazine. When asked what he thought of Cropper, the guitarist at number four, The Rolling Stones' Keith Richards, said "Perfect, man".

Recently, Cropper worked with Australian Soul singer Guy Sebastian on his 4th record The Memphis Album, a tribute album of soul classics recorded at Ardent Studios in Memphis, TN with Cropper, Donald 'Duck' Dunn, and Steve Potts (a.k.a. The MGs), with Lester Snell on keyboards. Cropper also co-produced the album with Sebastian, with Steve Greenwell mixing. Cropper and the MGs travelled to Australia in February 2008 to back Sebastian on the National 18 date concert tour of "The Memphis Album". Cropper wrote and played on this classic tune to the vocals of Guy Sebastian In The Midnight Hour.

On July 29, 2008, Cropper and Felix Cavaliere released, Nudge It Up A Notch on Stax Records.

Dedicated: A Salute To The 5 Royales

Nudge It Up A Notch (With Felix Cavaliere)

With A Little Help From My Friends (Vinyl)