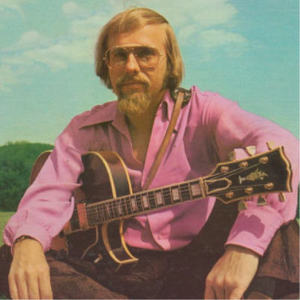 Dennis Coffey (b. in Detroit, MI, USA), is a guitarist, notable as a prominent studio musician, for many soul & rnb recordings. He began learning the guitar when he was thirteen, in Ontonagon County (Michigan's upper peninsula). At fifteen he played on his first recording session, backing Vic Gallon, on I'm Gone (Gondola). In the early 60s, he joined The Royaltones - having hits with Poor Boy (1958) & Flamingo Express (1961) - who played sessions with other artists, including Del Shannon.

As a member of the Funk Brothers studio band, Coffey played on dozens of recordings for Motown Records, and introduced the wah-wah guitar sound to Motown producer Norman Whitfield's recordings. He also played on Edwin Starr's "S.O.S. (Stop Her on Sight)," The Isley Brothers' "It's Your Thing", and Freda Payne's "Band of Gold". In addition, Coffey scored the blaxploitation film Black Belt Jones.

In 1971, Coffey recorded Scorpio which was a million selling single and in 1972 Taurus, both with The Detroit Guitar Band. Since then, he has recorded several solo albums, most of them for the Sussex and Westbound labels. In 2004, he published a memoir, Guitars, Bars and Motown Superstars.

A Sweet Taste Of Sin (Vinyl)

Goin' For Myself (Vinyl)