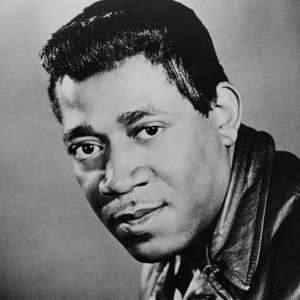 James Carr (June 13, 1942 - January 7, 2001) came to prominence as a soul singer during the mid-1960s. He has often been recognized as one of that era's greatest vocalists, placing him alongside an elite list that includes Aretha Franklin and Otis Redding. Born in Coahoma County, Mississippi in 1942, Carr's family had moved to Memphis when he was still a young child. It was here that he discovered music through the sound of Gospel, listening to artists such as Sam Cooke and The Soul Stirrers.

In 1963, he signed with the Memphis label Goldwax, and while on their roster, released a string of hit singles, including You've Got My Mind Messed Up and his signature tune, The Dark End Of The Street.

His life took a turn, though, as he became a victim of drug and alcohol abuse, as well as stints with manic depression that found him hospitalized in a mental health facility. He had almost disappeared entirely when he started performing again on rare occasions in the early 1990s, often working with Tyrone Davis or Otis Clay.

Carr had suffered from lung cancer for many years, spending the end of his life in a nursing home in Memphis. At the age of 58, James Carr died there from his battle with the disease on January 7, 2001. It is said that he had been analphabetic.

You Got My Mind Messed Up

Take Me To The Limit

Freedom Train / That's The Way Love Turned Out For Me (VLS)

A Man Needs A Woman (Vinyl)