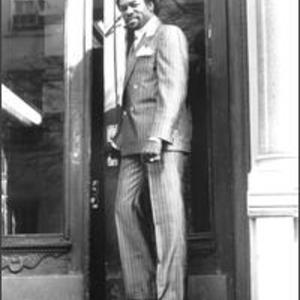 Despite a lack of attention from most print sources and other common avenues of publicity in the blues world, Marvin Sease has turned his smooth, X-rated ladies' man persona into a cottage industry complete with merchandising in the Deep South. Sease straddles the line between blues and gospel-drenched soul, much like fellow Southern singers Johnnie Taylor and Tyrone Davis, but his often racy lyrics and concert performances, coupled with the advantages of major-label distribution, have ensured Sease a strong following...

Born on February 16, 1946 in Blackville, South Carolina, Sease got his start by joining a gospel group in nearby Charleston called the Five Gospel Singers, and moved to New York at age 20, where he joined another gospel group called the Gospel Crowns. Preferring R&B, though, Sease put together a backing band (called Sease) featuring his three brothers. When this venture failed, Sease began singing to pre-recorded backing tracks at local dances and clubs, self-released several 45s, and eventually scored a regular gig at a Brooklyn nightspot called the Casablanca.

Gunning for greater success, Sease recorded a self-titled LP in 1986 featuring one of his most popular songs, "Ghetto Man," and began working the South's so-called chitlin circuit of ghetto bars, rural juke joints, and blues festivals. While shopping the LP, released on his own Early label, to record stores, Sease stumbled upon a contact who eventually got him a deal with Polygram, which re-released the LP on London/Mercury in 1987 with the addition of the newly recorded, ten-minute track "Candy Licker." "Candy Licker" became an underground success on jukeboxes across the South; it was too explicit for radio airplay, but audiences -- especially female ones -- flocked to see Sease in concert.

Over the next ten years, Sease recorded a string of albums for London/Mercury (Breakfast, 1987; The Real Deal, 1989; Show Me What You Got, 1991) and the New York-based Jive (The Housekeeper, 1993; Do You Need a Licker?, 1994; Please Take Me, 1996) that sold consistently well, although none have yet matched the performance of Marvin Sease, which hit number 14 on Billboard's R&B chart and number 114 on the pop chart. Several more releases were issued before the '90s came to a close: Bitch Git It All (1997), Hoochie Momma (1999). Women Would Rather Be Licked was issued in early 2001. The live CD and DVD Live with the Candy Licker both appeared in 2005.

On February 09, 2011, just days before what would've been his 65th birthday Marvin Sease died of pneumonia at River Region Medical Center in Vicksburg, Miss.

Who's Got the Power

Live with the Candy Licker

The Best of Marvin Sease / BMG

I Got Beat Out

A Woman Would Rather Be Licked