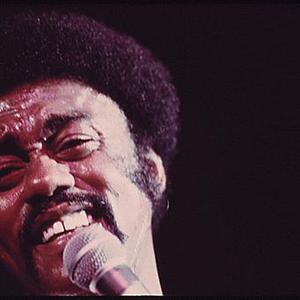 Johnnie Harrison Taylor (born May 5, 1937, Crawfordsville, Arkansas; died May 31, 2000, Dallas, Texas) was an American vocalist in a wide variety of genres, from gospel, blues and soul to pop, doo-wop and disco. Taylor had one release, "Somewhere to Lay My Head", on Chicago's Chance Records in the 1950s, as part of the doo-wop group Five Echoes.Taylor was also part of the gospel group,The Highway QC's also,replacing Sam Cooke,who had become the lead singer of the Soul Stirrers in 1951.Then,after Cooke left the Soul Stirrers in 1957,Taylor was hired to take Cooke's place as lead singer.

Taylor had one release, "Somewhere to Lay My Head", on Chicago's Chance Records in the 1950s, as part of the doo-wop group Five Echoes.Taylor was also part of the gospel group,The Highway QC's also,replacing Sam Cooke,who had become the lead singer of the Soul Stirrers in 1951.Then,after Cooke left the Soul Stirrers in 1957,Taylor was hired to take Cooke's place as lead singer.

A few years later, after Cooke had established his independent SAR Records, Taylor signed on and recorded "Rome Wasn't Built In A Day" in 1962. However, SAR Records quickly became defunct after Cooke's death in 1964.

In 1966, Taylor moved to Stax Records in Memphis, where he was dubbed "The Philosopher of Soul". While there he recorded with the label's house band, Booker T. & the MGs. His hits included "I Had a Dream", "I've Got to Love Somebody's Baby" (both written by the team of Isaac Hayes and David Porter) and most notably "Who's Making Love?", which reached No. 5 on the Billboard Top 40 and No. 1 on the R&B charts in 1968. During his tenure at Stax, he became an R&B star, with over a dozen chart successes, such as "Cheaper to Keep Her" (Mack Rice) and producer Don Davis's "I Believe in You (You Believe in Me)".

After Stax folded in the mid 1970s, Taylor switched to Columbia Records, where he made his best-known hit, "Disco Lady", in 1976. "Disco Lady" was the first certified platinum single. Columbia pigeonholed Taylor as a disco artist, however, and neglected his wide-ranging talent. Not surprisingly, his record sales slipped.

After a brief stint at Beverly Glen Records, Taylor signed with Malaco Records after the label's founder Tommy Couch and producing partner Wolf Stephenson heard him sing at blues singer Z.Z. Hill's funeral in the spring of 1984. Backed by members of The Muscle Shoals Rhythm Section as well as in-house veterans like former Stax keyboardist Carson Whitsett, Malaco gave Taylor the type of recording freedom that Stax had given him in the late 1960s and early 1970s, enabling him to record ten albums for the Malaco label in his sixteen year stint. Taylor's record sales were good but not enough for the singer to receive the measure of stardom he once had.

In 1996, Taylor's eighth album for Malaco, Good Love!, made it to Number One on Billboard's Blues chart (#15 R&B), the biggest record in Malaco's history.
Malaco recorded a live video of Taylor at the Longhorn Ballroom in Dallas, Texas in the summer of 1997.

Johnnie Taylor's 1999 album, "Gotta Get the Groove Back", also reached the # 1 Position on the Billboard Blues Charts. This album which featured veteran songwriter, Lamar Thmas (Woman don't be Afraid) was also a Grammy Nominated album during the same year that Johnnie passed.

Taylor was given a Pioneer Award by the Rhythm and Blues Foundation in 1999. He died in Dallas at the age of 63.

In what would turn out to be a sad foreshadowing, Taylor's final song was "Soul Heaven", in which he dreamed of being at a concert featuring deceased Soul music icons Otis Redding, Jackie Wilson, Marvin Gaye, Sam Cooke, and MGs drummer Al Jackson, among others. In one verse, Taylor sang, "I didn't want to wake up/I was havin' such a good time".

Live At The Summit Club

There's No Good In Goodbye

Gotta Get The Groove Back