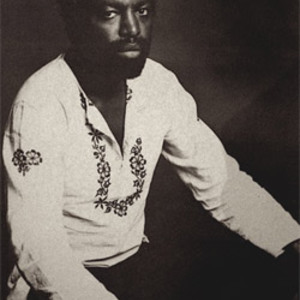 Born Eugene Booker McDaniels, a name he used in later life, in Kansas City on February 12, 1935, Gene was a former gospel singer, signed to Liberty Records in the early 1960's where he scored American hits with original version of "Tower Of Strength" (covered successfully in the UK by Frankie Vaughan) and "A Hundred Pounds Of Clay", a UK hit for Craig Douglas. However, his influence on UK copyists brought him on a nationwide cinema tour with Gary U.S. Bonds and Johnny Burnette as well as an appearance in "It's Trad Dad", one of a series of pop-based movies of the time.

His classy voice should have served him a lifetime of success, and songs like the above mentioned, plus "Point Of No Return", "Chip Chip" and "Another Tear Falls" stand the test of time. He re-emerged in the 1970's with a rock/funk album, "Outlaw", on Atlantic as Eugene McDaniels, and moved to record production. He died on July 29, 2011, but it was not national news till four days later.

Headless Heroes Of The Apocalypse / Outlaw

A Hundred Pounds Of Clay

Headless Heroes Of The Apocalypse (Remastered 2005)