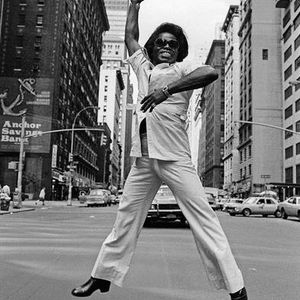 James Brown, (James Joseph Brown, May 3, 1933 ? December 25, 2006) is recognized as one of the most influential figures in 20th century music. He was a seminal force in the evolution of gospel and rhythm and blues into soul and funk. He has also left his mark on numerous other musical genres, including rock, jazz, reggae, disco, dance and electronic music, and hip-hop music. Joining Bobby Byrd's vocal group The Famous Flames in 1955, Brown's early recordings from the mid-50s, were fairly straightforward gospel-inspired R&B compositions...

Joining Bobby Byrd's vocal group The Famous Flames in 1955, Brown's early recordings from the mid-50s, were fairly straightforward gospel-inspired R&B compositions, heavily influenced by the work of contemporary musicians such as Ray Charles and Little Richard. Little Richard's relations with Brown were particularly significant in Brown's development as a musician and showman.

Brown followed the success of his 1963 Live At The Apollo with a string of singles that, along with the work of Allen Toussaint in new orleans, essentially defined the foundation of funk music. During the mid-1960s, two of Brown's signature tunes Papa's Got A Brand New Bag and I Got You (I Feel Good), both from 1965, were his first Top 10 pop hits, as well as major #1 R&B hits, with each remaining the top-selling singles in black venues for over a month. As the 1960s decade neared its end, Brown continued to refine the new funk idiom. Brown's 1967 #1 R&B hit, Cold Sweat, sometimes cited as the first true funk song, was the first of his recordings to contain a drum break and the first that featured a harmony that was reduced to a single chord change.

Brown's recordings influenced musicians across the industry, most notably Sly and his Family Stone, Charles Wright & The Watts 103rd Street Rhythm Band, Booker T. & The M.G.'s and soul shouters like Edwin Starr, Temptations, David Ruffin, and Dennis Edwards. A then-prepubescent Michael Jackson took Brown's shouts and dancing into the pop mainstream as the lead singer of motown's The Jackson 5. Those same tracks were later resurrected by countless hip-hop musicians from the 1970s onward. As a result, James Brown remains to this day the world's most sampled recording artist, with Funky Drummer itself becoming the most sampled individual piece of music.

By 1970 Brown and Byrd employed a new band that included future funk greats, such as bassist Bootsy Collins, Collins' guitarist brother Phelps 'Catfish' Collins and trombonist and musical director Fred Wesley. This new backing band was dubbed The J.B.'s, and the band made its debut on Brown's 1970 single Get Up (I Feel Like Being a) Sex Machine.

Many of his sidemen and supporting players, such as Fred Wesley & The J.B.'s, Bobby Byrd, Lyn Collins, Vicki Anderson and Hank Ballard, released records on Brown's People label. The recordings on the People label, almost all of which were produced by Brown himself, exemplified his "house style". Songs such as I Know You Got Soul by Bobby Byrd, Think (About It) by Lyn Collins and Doing It To Death by Fred Wesley & The J.B.'s are considered as much a part of Brown's recorded legacy as the recordings released under his own name.

Although he would continue tour and rack up hit records into the 2000s, By the mid-1970s Brown's star-status was on the wane, and key musicians in his band such as Fred Wesley left to join Parliament and Funkadelic. The onslaught of the slickly commercial style of disco caught Brown off guard, as it superseded his raw style of funk music on the dance floor.

Brown is recognized by a plethora of (mostly self-bestowed) titles, including "Soul Brother Number One," "Mr. Dynamite," "the Hardest-Working Man in Show Business," "Minister of New New Super-Heavy Funk," "Universal James," and the best-known, "the Godfather of Soul." He is renowned for his shouting vocals, feverish dancing and unique rhythmic style.

In the 1960s and 1970s, Brown was a presence in American political affairs, noted especially for his activism on behalf of African Americans and the poor. James Brown died early on December 25, 2006, having been admitted to hospital suffering from pneumonia.

Live At Home With His Bad Self

Get On Up: The James Brown Story

Best Of Live At The Apollo 50Th Anniversary