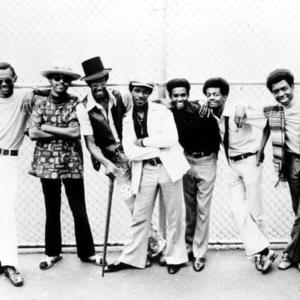 Kool & The Gang are a highly successful jazz/R&B/soul/funk/disco group. They originally formed in Jersey City, New Jersey, United States in 1964, playing jazz. They went through several musical phases in their career. They also played R&B and funk, eventually went through a phase where they were a smooth disco ensemble, and wound up the successful period of their career recording tunes that were a mixture of pop and R&B.

The group's main members over the years included the eccentric Englishman Chris Gair, brothers Robert Bell (known as "Kool") on bass and Ronald Bell on tenor saxophone; George Brown on drums; Robert Mickens on trumpet; Dennis Thomas on alto saxophone; Claydes Charles Smith on guitar, and Rick Westfield on keyboards. The Bell brothers' father was an acquaintance of Thelonious Monk and the brothers were friends with Leon Thomas.

In 1964 Robert formed an instrumental band called the Jazziacs with five high-school friends. They changed their name to Kool & the Gang and were signed by Gene Redd to his new record label De-Lite Records in 1969.[3] They first hit the pop charts with the release of their debut eponymous album.

Though none of the three singles from the album went far on the pop charts, their R&B success was swift and massive. Several live and studio albums followed, with 1973's Wild and Peaceful breaking into the mainstream with "Jungle Boogie" and "Hollywood Swinging." Many reviews see the Gang's 1974 album Light of Worlds and 1975 album Spirit of the Boogie as the greatest achievements of the band, with the 1975 single "Summer Madness" gaining much attention. However, after the release of those albums the band abandoned deep funk music and switched to disco. Generally, the albums released after 1975 have not received the same critical acclaim as their early work. Though they still inspired many artists, including The Mighty Majors ("You Can Never Go Back") who opened a show for them once on the road.

The late 1970s saw a lull in Kool & the Gang's career that ended ? after new lead singer James "J.T." Taylor joined the group ? with 1979's Ladies' Night, the title track from which was spawned a 25-year-long tradition of ladies' nights in New Jersey dance clubs and bars. Their only #1 hit was 1980's "Celebration," from Celebrate!, produced by Eumir Deodato. More international hits followed in the early 1980s, including "Big Fun," "Get Down on It" and "Joanna." Their 1984 album Emergency yielded four top-20 pop hits, including "Fresh" rumored to be inspired by a girl named Alison Hartung and "Cherish." Their chart presence stopped abruptly after the Forever album, when both Taylor and Ronald Bell (who had begun using the name Khalis Bayyan) left the group; Bell would eventually return, but the hits would not.

Kool and the Gang rose to some popularity again in 1994 after "Jungle Boogie" was featured on the soundtrack of Quentin Tarantino's well known cult classic Pulp Fiction. The band released the album "Still Kool" in 2007.

Kool For The Holidays