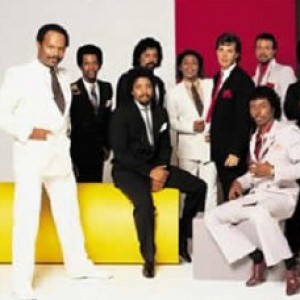 The Dazz Band, formed in 1976, grew out of the Cleveland, Ohio, jazz fusion band Bell Telefunk, composed of Bobby harris (founder)lead guitarist/songwriter Mike Calhoun, percussionist Kenny Pettus, drummer Isaac "Ike" Wiley, Jr., and his brother bassist Michael Wiley, and the band Mother BraintreeThe group became known as Kinsman Dazz, named after both the street and the lounge where they worked as the house band: Sonny Jones' Kinsman Grill Lounge. The group adopted its name before the song "Dazz" became an R&B hit for Atlanta's Brick in 1976.

Kinsman Dazz was signed to 20th Century Records by Joe Lewis in 1978. The group went to Los Angeles to record for producer Marvin Gaye. Owing to illness, Gaye had to back out of the duties. Harris requested and got Philip Bailey, the vocalist of Earth, Wind & Fire, to produce the group's first album, Kinsman Dazz. Bailey would co-produce the second album, Dazz, and had a major input into the group's vocal arrangements. They released their first single, "I Might as Well Forget About Loving You", in late 1978. "Catchin' Up on You" followed in 1979.

The Kinsman Dazz became the Dazz Band in 1980. Separately, the 20th Century Records label was closed, and the Dazz Band was signed to Motown Records. The group expanded from the original quintet ? Harris, Calhoun, Pettus, and the Wiley brothers ? with newcomers Kevin Kendrick, Steve Cox, Eric Fearman, Pierre DeMudd, Sonny "Skip" Martin, Jerry Bell and Terry Stanton. They had their first hit with "Shake It Up" in 1980.

Dazz's first album for Motown was Invitation to Love (1980), a self-produced set, whose title track, the ballad "Invitation to Love", began a string of hits for the band starting in March 1981. The group's next album, Let The Music Play (1981), featured the minor hit single "Knock! Knock!", reaching the Top 50. The group's biggest breakthrough came with the album Keep It Live (1982), containing the hit "Let It Whip" ? which reached No. 1 on the R&B charts and won a Grammy Award for Best R&B Performance by a Duo or Group with Vocals. They would go on to score R&B hits with the songs "Party Right Here" (1983), "Joystick" (1984), and "Let It All Blow" (which was also their biggest UK single, peaking at #12) (1984).

After Keep It Live, the band recorded the albums On the One, Joystick, Jukebox and Hot Spot, all for Motown. The band was known for its live performances, often proving more popular than the headlining act. In 1985, Fearman left the group and were replaced by Marlon McClain and Keith Harrison. In 1986, Dazz Band recorded Wild & Free for Geffen Records, and moved to RCA Records.
[edit] 1990s revival

The popularity of classic funk/R&B/soul acts performing in the US and abroad started to expand in the mid-1990s on events like the awarded Sinbad's Summer Jam: '70s Soul Music Festival. Bobby Harris decided to form a tribute band with members from the Bar-Kays, Con Funk Shun, the Gap Band and the SOS Band, called the United We Funk All-Stars. A studio album followed, including a tribute to the late Roger Troutman, who performs on the album as well. Other artists from the genre who contributed to the album were the late Rick James and The System. The concept was a great success, and was captured on a live CD, presented and promoted by radio jockey Tom Joyner, who made the announcements on the UWF-All Stars shows.