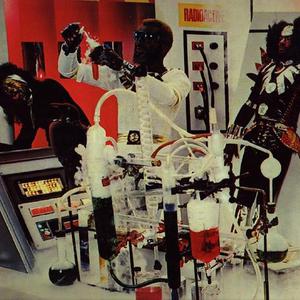 Parliament was originally The Parliaments, a doo-wop group based out of George Clinton's Plainfield, New Jersey barber shop. The name was soon abandoned due to legal issues with Revilot and Atlantic Records, and most of the same people recorded under the name Funkadelic, which consisted of The Parliaments' backing musicians. Billy "Bass" Nelson is credited with creating the name Funkadelic. He also switched from 6-string guitar to bass, creating room for his childhood friend Eddie Hazel to join the group.

Soon, Parliament was created in addition to Funkadelic and the two bands consisted of essentially the same people, though both released albums under their respective names.

In the early 1970s, Bernie Worrell, Bootsy Collins and Catfish Collins joined Funkadelic, which released five albums by 1974. With only moderate success, Funkadelic signed with Casablanca Records as Parliament, releasing "Up for the Down Stroke" (off the album of the same name) which reached #10 on the R&B charts but peaked at #63 Pop. The song was the biggest hit of P Funk's career. 1975 saw the release of Chocolate City, which also enjoyed moderate success; the title track reached #24.

With the ensuing albums, Parliament became one of the most respected bands on the 1970s, and are now recognized as one of the forefathers of funk music. Of particular interest are the spacey themes of Starchild, Sir Nose and other recurring characters from multiple albums.

Of particular note is the landmark album Mothership Connection, an amalgam of many '70s themes and the tight "popular" funk sound which was both more commercially viable (particularly in the black community) and more readily emulated by the numerous artists capitalizing on the popularity of funk's mainstream cousin: disco. Artists such as the BeeGees, the Commodores and Kool and the Gang repackaged many of Parliament's innovations into radio-ready pop hits and upon the mass acceptance of disco culture as portrayed in Saturday Night Fever, millions of suburban Americans were able to boogie-oogie-oogie safely protected from exposure to the urban dance scene's multi-ethnic, sexually diverse and cocaine-fueled celebration.

Parliament/Funkadelic morphed into p-funk in later years. A new appreciation and new audience for these classics were fueled in the '90s due to extensive sampling by hip hop DJs and producers, including beats used in The Chronic and Cypress Hill's debut album.

George Clinton is also known for his subsequent work with the Red Hot Chili Peppers.

The Millennium Collection: The Best Of Parliament

Gloryhallastoopid (Or Pin The Tale On The Funky) (Vinyl)

The Clones Of Dr. Funkenstein (Reissued 1990)