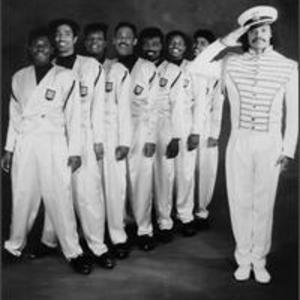 Zapp is best known for its 1980 funk hit More Bounce to the Ounce (produced by Bootsy Collins). The group recorded five albums as 'Zapp' & Roger recorded five others under his own name.

Roger & Zapp are known for the distinctive synthesized sound produced by recording vocals through a Talk box fed by an electonic synthesizer. Roger's voice can be heard on the Dr. Dre-produced 1996 Tupac Shakur hit "California Love". Roger also appeared on songs by Johnny Gill, Keith Sweat, Eric Benet and H-Town amongst others.

On Sunday, April 25, 1999, Roger Troutman was found shot and critically wounded outside a recording studio in Dayton, Ohio; he died during surgery at a local hospital. Roger's brother Larry was found dead in a car a few blocks away with a single gunshot wound to the head. It is likely that a personal dispute had developed between the two brothers; as far as can be determined, Larry shot Roger, then shot himself.

Zapp VI Back By Popular Demand

We Can Make You Dance (With Roger) CD2

We Can Make You Dance (With Roger) CD1

The New Zapp IV U (Vinyl)