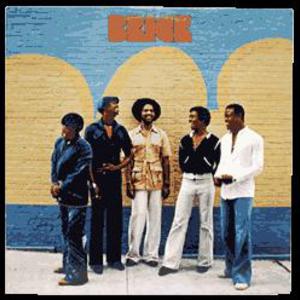 There is more than one band with the name Brick. A funk/jazz band from Atlanta, GA, USA, a hardcore band from Baltimore, MD, USA, a hard rock band from Finland, a noise rock band from Sweden and a death metal band from Saint Paul, MN, USA. 1) Brick was an Atlanta band that created a successful merger of funk and jazz in the '70s they called "dazz." Brick's roster included lead vocalist/saxophonist/flutist Jimmy Brown; guitarist/bassist/vocalist Regi Hargis Hickman; lead singer Ray Ransom, who doubled as a bassist/keyboardist/percussionist; and Eddie Irons...

1) Brick was an Atlanta band that created a successful merger of funk and jazz in the '70s they called "dazz." Brick's roster included lead vocalist/saxophonist/flutist Jimmy Brown; guitarist/bassist/vocalist Regi Hargis Hickman; lead singer Ray Ransom, who doubled as a bassist/keyboardist/percussionist; and Eddie Irons, who did lead vocals and played drums and keyboards. They recorded "Music Matic" for Main Street in 1976, before signing to the CBS-distributed label Bang. Their first Bang single, "Dazz," topped the R&B charts and was number-three pop in 1976, and they continued on Bang until 1982. Brick scored two more huge hits in 1977, "Dusic" and "Ain't Gonna' Hurt Nobody," each with a chunky, propulsive beat and catchy, light pop-jazz refrain. Their last Top Ten R&B hit was "Sweat (Til You Get Wet)" in 1981.

2) Brick is a hardcore band from Baltimore, Maryland. Featuring ex-members of Get Big, Surroundings, and Summer So Far. Currently, Brick only has a demo that was released in 2008. From bone crushing riffs to intelligent and true lyrics about life's lessons this band is definitely both a force to be reckoned with and a band to keep an eye on. The band is on tour right now, go see them live. MySpace

3) Brick is a Finnish hard rock/heavy metal band, you can listen their music at www.myspace.com/brickfin

4) Brick is a noise rock band from Stockholm, Sweden. It was founded in the summer of 1993 by Nandor Hegedus (vocals), Lynard Olsson (bass), Jejo Perkovic (drums) and Patrik Instedt (guitar).

They were signed to Dolores Recordings in 1994, who released Brick's debut album Suomi in 1996. The album was well received by the Swedish press and was said to be a trend setter for the Swedish underground scene and compared to bands like The Jesus Lizard, Fugazi and Dead Kennedys.

In 1997 Brick recorded their second album Volvoland together with Bob Weston from Shellac, who left Chicago with two suitcases full of microphones. The idea Brick had about Volvoland was a naked, almost sterile sound which was achieved by Bob Weston's excellent mixing.

In 1998 the six-track 10" record Smack was released, including 3 live songs and 3 unreleased songs that were recorded at the same time as Volvoland. The same year Nandor Hegedus left the band to concentrate on his studies. Brick chose to continue as a trio with guitarist Patrik Instedt in vocals.

After well over a year of playing and writing songs, Brick recorded 4 songs and released the 7" record Pistol in October 2000. A full-length album Automan, recorded on A West Side Fabrication with Pelle Gunnerfeldt from Fireside followed in 2001.

5) Brick was a death metal band from Saint Paul, Minnesota. They self-released a self-titled 5-track demo in 1996, and a full-length album entitled Secured In Darkness in 1997 on Aggressive Records.