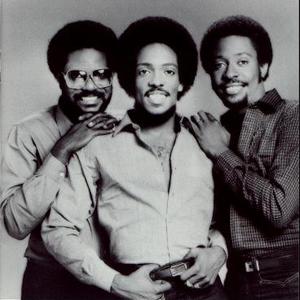 The first major hit for the Gap Band was a snazzy juke tune called "Shake." Just prior to the completion of their first album, Charlie Wilson cited the song for his brothers, thinking they might ridicule the lyric. His brothers loved it though, and the song was a smash number four single on the R&B charts, elevating the group to national status. Born and raised in Tulsa, OK, the Wilson brothers began singing and playing in their father's Pentecostal church, and it was also mandatory they practice their music lessons at home as well.

Born and raised in Tulsa, OK, the Wilson brothers began singing and playing in their father's Pentecostal church, and it was also mandatory they practice their music lessons at home as well. They learned various instruments which primarily included the piano. As much as they despised the lessons at the time, it proved to be a value tool for all three.

With Ronnie being the oldest, he established his own band by the age of 14. Charlie, a few years younger, joined a rival band a couple of years later. One night the two bands were performing across the street from one another. Ronnie stopped by to check out Charlie grooving on the organ. While there, Ronnie asked Charlie to join his band for 50 dollars over what he was making. Though Charlie's bandmates doubled his offer, he joined his brother's band, as Ronnie gave him no choice.

At a gig not too long after the two had joined forces, the group's bass player quit and Ronnie and Charlie summoned their younger brother Robert, barely 14, to the group to play bass. For a short while, the band performed without a name. Carlton Morales, co-writer of Julian Lennon's 'Vallotte' played with the group shortly after leaving The Mighty Majors band, featuring singer Kevan Tynes. Finally they began going by the name the Greenwood, Archer and Pine Streets Band. As advertising such a name on posters became too lengthy, the group shortened the name to the G.A.P. Street Band. Due to a typographical error, the group was advertised as Gap Band and it stuck.

They performed at various venues around the Tulsa area, including country & western joints, tennis clubs, rock clubs, and wherever else called on their services. However, by the middle of the 1970s, Charlie became interested in Los Angeles and left Tulsa to explore his possibilities. A short time later, Charlie convinced his brothers to join him. The group floundered about L.A., hitting and missing on record deals, gigs, and the like. Still maintaining their interest, the group met entertainment businessman Lonnie Simmons through their friend, singer/musician D.J. Rogers. Simmons owned a nightclub called "The Total Experience" on Crenshaw Blvd and a recording studio at the time and signed the group to his company,"Total Experience Records". (He would later start up a record label.)

The Top Five single "Shake" followed in 1979, along with "Steppin' Out" (number ten) and "I Don't Believe You Want to Get Up and Dance (Oops, Up Side Your Head)" (number four) in 1980. The latter was inspired at a concert in Pittsburgh where some kids were chanting the groove and the Gap Band picked up on it. In December of 1980, the trio dropped its first number one single with "Burn Rubber (Why You Wanna Hurt Me)" and followed it with the Top Five ballad "Yearning for Your Love" (1981).

The group went on to score three more number one songs ("Early in the Morning" and "Outstanding" in 1982 and "All of My Love" in 1989), three more number two songs ("You Dropped a Bomb on Me" in 1982, "Beep a Freak" in 1984, and "Going in Circles" in 1986) and a horde of Top Ten hits. They also did the soundtracks for Leon Isaac Kennedy's Penitentiary III and Keena Ivory Waynans' I'm Gonna Get You Sucker. The group was given only 24 hours notice to complete the title song.

In 1984 Ronnie became a born-again Christian and started pastoring. He joined Melba Moore and David Peaston in the touring play Mama, I'm Sorry.Charlie went through rough times fighting a cocaine addiction until finally rehabilitating a few years later. Charlie has been one of most sought-after vocalists in the music industry. He has worked with Quincy Jones, Ray Charles, Eurythmics, Snoop Dogg, and scores of others. The Gap Band has recorded for various labels, including Mercury and Capitol Records. The group has remained together, enduring the good with the bad. They are still actively recording and touring the U.S. and abroad.

The 12' Collection And More