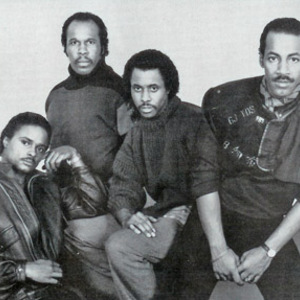 Formed 1972 in Baltimore, U.S.A. Group Members featured: Paul Crutchfield (vocals, percussion) Richard Lee (guitar) Norman Durham (bass).(b. Febuary 27, 1952, d. November 2, 2011) and Woody Cunningham (drums). (b. July 8, 1948, d. January 9, 2010) Kleeer were a New York-based funk band that had a string of minor R & B hits on Atlantic Records during the late '70's and early '80's. Originally, they called themselves Pipeline, but they changed their name to the Jam by the mid-'70's. Prior to being Pipeline, Kleeer worked as a backing group for the band The Choice Four.

In 1977, they were forced to change their name again (as the new wave British Mod band, the Jam, became popular).
Their new name then became the Universal Robot Band.In 1979, they signed to Atlantic Records, and by the time they released their first album, entitled 'I Love To Dance', they had changed their name to Kleeer.

'Winners' followed in 1979 and featured the popular 'Open Your Mind'.

They added the services of David Frank (From the band The System) and the vocal talents of Isabelle Coles, Melanie Moore and Yvette Flowers, embellishing their line-up.

For the next six years, they had a steady string of minor R & B hits.

The Very Best Of Kleeer