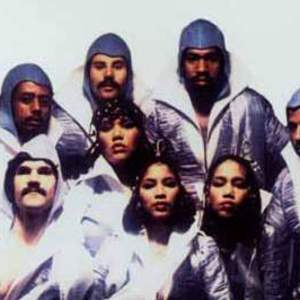 The seeds for Skyy were sown in Brooklyn, New York in 1973, when sisters Denise, Delores, and Bonne Dunning first met musician Solomon Roberts, Jr.. Noted record producer/keyboardist Randy Muller (who was also a member Brass Construction and an arranger for B.T. Express) soon became involved with the project. By 1976, the Skyy lineup of the three Dunning sisters as vocalists, Roberts as the male vocalist/guitarist, Anibal Anthony Sierra on guitars and keyboards, Larry Greenberg on keyboards, Gerald Lebon on bass, and Tommy McConnell on drums had solidified.

In the late 1970s, Skyy signed to Salsoul Records. After several albums that saw moderate success in the R&B market, the group crossed over to the mainstream in a big way with the release of the Skyy Line album in late 1981. Featured on this album was the single "Call Me," which gave the group their first (and only, to date) top 40 hit on the pop charts, peaking at #26 in 1982. It also became the first of several #1 R&B hits for Skyy. Meanwhile, the group continued to record for the Salsoul label up through the release of their 1984 Inner City album (Salsoul would fold in 1985), scoring several additional hits on the R&B chart during that time.

In the mid-1980s, the group signed with Capitol Records and released their next album, From the Left Side in 1986. Apart from the top ten R&B single, "Givin' It (to You)," the album saw limited success, and the group left Capitol soon thereafter.

Things were looking rather bleak for the band by the late 1980s. However, after signing to Atlantic Records, Skyy launched a major comeback in 1989 with the release of their extremely successful Start of a Romance album. This release spun off two consecutive #1 R&B singles, with both the title track ("Start of a Romance") and the Quiet Storm classic, "Real Love" claiming the top spot. "Real Love" also became the group's second and final crossover pop hit peaking at #47 on the Top 50 Billboard charts in early 1990. The first single released from the album, "Love All the Way" had also cracked the R&B top 50. Unfortunately, by the release of the Nearer to You album in 1992, the hits had again dried up, and the band has not released a new studio album since then.

Start Of A Romance

From The Left Side