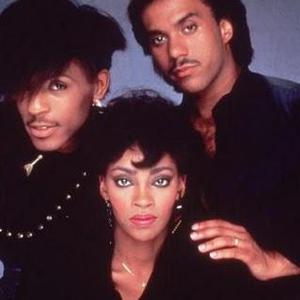 Shalamar was the creation of Dick Griffey, the booking agent for the television R&B program Soul Train, and British R&B producer Simon Soussan. The group's first single, the 1977 Motown medley "Uptown Festival," featured a bevy of faceless studio musicians; once it became a hit, Griffey decided to form a performing group under the name Shalamar. Through Soul Train, Griffey found Jody Watley, Jeffrey Daniel, and Gerald Brown, the three vocalists that became Shalamar; Brown was quickly replaced by Howard Hewitt in 1978.

Shalamar's string of poppy dance-soul hits began in 1979 with "Take That to the Bank"; later that year, "The Second Time Around" hit the Top Ten. Throughout the early '80s the group were favorites on the U.S. R&B scene, as well as scoring a number of British hit singles (the two biggest being "A Night To Remember" and "There It Is" in 1982). Watley and Daniel left the group in 1982 and were replaced by Delisa Davis and Micki Free in 1984; Watley went on to stardom as a solo act. Daniel released an album "Skinny Boy in 1990 and choreographed Michael Jackson's Bad and Smooth Criminal videos. He is also credited with teaching Michael the Moonwalk.

The following year Shalamar won a Grammy award for "Don't Get Stopped in Beverly Hills," which was featured in Beverly Hills Cop. Hewitt left for a solo career in 1986, signaling the end of the band's career as hit-makers. Sidney Justin replaced Hewitt and the group recorded 1987's Circumstantial Evidence, which was a commercial disappointment. The group faded away soon after the release of 1990's Wake Up.

I Can Make You Feel Good - The Best Of

The Ultimate Best Of CD2

The Ultimate Best Of CD1

The Second Time Around CD2

The Second Time Around CD1