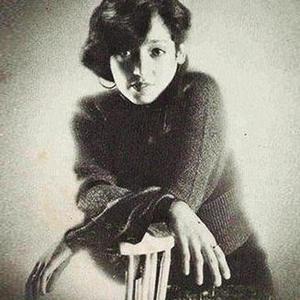 Vicki Sue Robinson (31 May 1954 ? 27 April 2000) was an American theatre and film actress and singer born in Harlem, New York, USA, closely associated with the disco era of late 1970s pop music; she is most famous for her 1976 hit, Turn The Beat Around. A former jingles singer, this talented lady appeared in Hair and Jesus Christ Superstar. She was a waitress, model and even recorded with Japanese artists. She later became the most associated singer with the disco era.

Her 1976 hit, "Turn the Beat Around", went into the top 10, and stayed there for six months, and earned her a Grammy Nomination for Best Female Pop Performance. She also won the Billboard Award for No. 1 Pop album for "Never Gonna Let You Go". Robinson's second album "Vicki Sue Robinson" released in late 1976 was slightly more successful, reaching #39 on the Top R&B/Hip-Hop Albums chart and #45 on the Billboard 200. Her self titled album scored hits with the singles "Daylight" and "Should I Stay/I Won't Let You Go." Released in 1978, Robinson's third album "Half & Half" was slightly less successful, peaking at #56 on the Top R&B/Hip-Hop Albums chart and #110 on the Billboard 200. The album scored hits with "Hold Tight", "Trust In Me", "Jealousy", "Freeway Song" and the albums' most single successful hit "Nighttime Fantasy." When her fourth album "Movin' On" was released in 1979, it inexplicably was failed to chart and its singles were virtually ignored by the mainstream.
In the 1980s, Robinson released a few singles with varying degrees of success. She returned to session work for much of the decade. Her career saw a resurgence thanks to the renewed interesting Disco during the mid-late 1990s. She toured successfully with other Disco artists. In addition, she recorded such single as "For Real" (1995) and "House of Joy" (1997). This song became hit, becoming her only charted single in the UK. Robinson recorded two more hits "Pokemon (Dance Mix)" and "Move On" (both released in 1999). Robinson undertook the role of a fairy godmother in the independent film Red Lipstick, which was released on April 16, 2000. On April 27, 2000, eleven days after the release of Red Lipstick, Robinson died of cancer at her home in Wilton, Connecticut.
All of Vicki Sue Robinson's albums were reissued by the record label, Gold Legion.