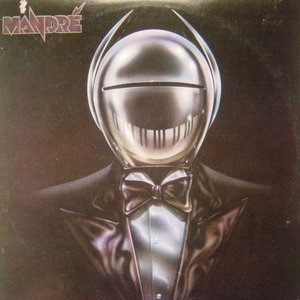 In 1976 Andre' Lewis signed as an Artist/Producer/Songwriter with MOTOWN RECORDS and developed the persona of MANDRE, the "artist from outer space". Before the advent of Starwars or Battlestar Galactica, MANDRE, in both his albums and live performances personified the "mystery man from outer space". His features, hidden behind a futuristic mask and his music filled with the sounds from beyond, emanated from a variety of synthisized musical sounds. It was during this period of Andre's career that he experimented with synthesizers, using them almost exclusively on his debut album MANDRE.

His synthesized instrumental "Solar Flight" scored an across-the-charts hit. After completing three more albums for the Motown label, Andre severed his relationship with Motown to pursue independent production but retained the rights and title to the Mandre name.