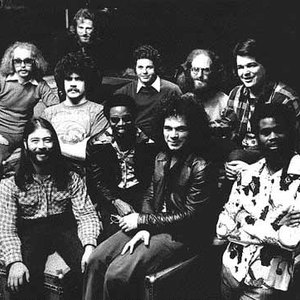 Tower of Power is a horn-based funk/soul band from Oakland, California. In the mid-1960s, 17-year-old tenor saxophonist Emilio Castillo moved from Detroit, Michigan, to Fremont, California. He started a band called the Motowns, specializing in soul music. In 1968, Castillo teamed up with baritone saxophonist Stephen "The Funky Doctor" Kupka and trumpet/trombone player Mic Gillette, moved to Oakland, and began writing original material. They changed the band's name to Tower of Power and began playing frequently in the Bay Area.

In 1970, TOP signed a recording contract with Bill Graham's San Francisco Records and quickly released its first album, East Bay Grease. 1972's Bump City and 1973's self-titled release were breakout albums for the band; the latter included possibly their most enduring song, What is Hip?.

Tower of Power has remained active throughout the 1970s, '80s, '90s, and into the 21st century, and is still touring in 2010. Personnel changes have been part of the history and evolution of the band; at least 60 musicians have performed, toured, and/or recorded with the band through the years, including Saturday Night Live musical director Lenny Pickett, drummer David Garibaldi, bassist Rocco Prestia, and bassist and BALCO founder Victor Conte. (His brother Bruce Conte played guitar in the band as well.) Lenny Williams served as lead singer for several years after one of the original singers, Rick Stevens was imprisoned. Rufus Miller performed most of the lead vocals on "East Bay Grease."

TOP has released 15 albums over the years, the latest being 2003's The Oakland Zone. In addition, the horn section has become well-known as a backing horn section for other artists. The TOP horn section has appeared on many recordings, including some made by the Monkees, Santana, Elton John, John Lee Hooker, Rod Stewart, Jefferson Starship, Heart, Huey Lewis and the News, Lyle Lovett, Poison, Phish, Pharoahe Monch, and Aerosmith.

Soul Side of Town