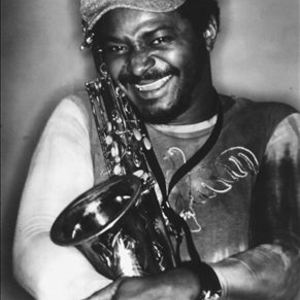 Alfred "Pee Wee" Ellis (born 1941 in Bradenton, Florida) is an American jazz-funk saxophonist, composer and arranger. He was an important member of James Brown's band in the 1960s and appeared on many of Brown's most notable recordings. He also worked closely with Van Morrison. After resuming a solo career in 1992, he is currently (2006) living in the town of Frome in the county of Somerset, United Kingdom.

In 1949 Ellis's family moved to Lubbock, Texas, where he was given his nickname "Pee Wee". He gave his first public performance in 1954 at Dunbar Junior High School. In 1955 he moved with his family to Rochester, New York. While attending Madison High School he played professionally with jazz musicians like Ron Carter and Chuck Mangione. In 1957 he moved to New York City, where he had regular lessons with Sonny Rollins. In 1960 he moved back to Florida working as a bandleader, musical director and writer.

Ellis played with the James Brown Revue from 1965 to 1969. While with Brown he arranged and co-wrote hits like "Cold Sweat" and "Say It Loud - I'm Black and I'm Proud". In 1969 he returned to New York City. He worked as an arranger and musical director for CTI Records' Kudu label, collaborating with artists like George Benson, Hank Crawford and Esther Phillips. In the late 1970s he moved to San Francisco and formed a band with former Miles Davis sideman David Liebman. Ellis's composition "The Chicken" was made famous by the late electric bass player Jaco Pastorius, who recorded it on his album Invitation. Between 1979 and 1985 he worked with Van Morrison's band as an arranger and musical director.

In the late 1980s Pee Wee regrouped with some musicians he worked with during his time with James Brown to form The JB Horns. With Fred Wesley and Maceo Parker he recorded a number of albums that defined a distinctive brand of jazz-funk. The group also toured in Europe.