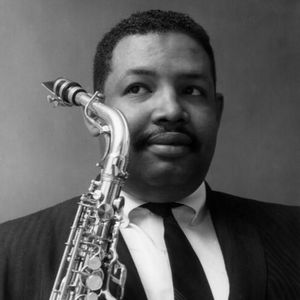 Julian Edwin "Cannonball" Adderley (15 September 1928 - 8 August 1975), originally from Tampa, Florida, was a jazz alto saxophonist, playing with Miles Davis and other greats, and leading his own band (which included his brother Nat Adderley) - the Cannonball Adderley Quintet (which was occasionally a sextet - being called "The Cannonball Adderley Quintet Plus"). He was also a high school band director at Dillard High School in Ft. Lauderdale, Florida for some years.

The name 'Canonball' is supposed to have originated from his being nicknamed 'cannibal' in his youth, on account of his prodigious eating.

Know What I Mean? (With Bill Evans)