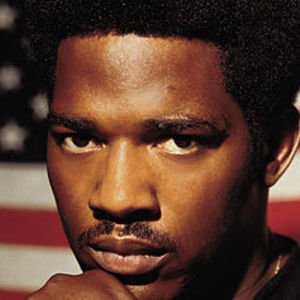 Edwin Starr (January 21, 1942 ? April 2, 2003) was an American soul music singer. Born Charles Edwin Hatcher in Nashville, Tennessee, Starr is most famous for his Norman Whitfield produced Motown singles of the 1970s, most notably the number one hit War. Edwin Starr was born in Nashville, Tennessee in 1942. He and his cousins (soul singers Roger and Willie Hatcher) moved to Cleveland, Ohio where they were raised.

Edwin Starr was born in Nashville, Tennessee in 1942. He and his cousins (soul singers Roger and Willie Hatcher) moved to Cleveland, Ohio where they were raised.

In 1957 Starr formed a doo-wop group The Future Tones and began his singing career. Starr lived in Detroit, Michigan in the 1960s and recorded at first for the small record label Ric-Tic, and later for the famed Motown after it absorbed Ric-Tic in 1968.

The song which began his career was "Agent Double'O'Soul" (1965), a take-off on the James Bond films which were popular at the time.

He recorded more soul music for the next three years before having an international chart-topper in "25 Miles" (1968). As of 2005 it is one of only two Starr songs on oldies radio.

The biggest hit of his career, which cemented his reputation as a great soul artist, was the anti-Vietnam War protest song "War" (1970). A rousing tour-de-force, the vocals to "War" were - according to Starr - recorded in one take: an accomplishment which might make modern artists quail with apprehension. In explanation, Starr remained characteristically modest, explaining that he'd been allocated little studio time, so had to give each song his best shot.

Starr's intense vocals transformed a Temptations album track into a #1 chart success, which spent three weeks in that top position on the US Billboard charts, an anthem for the antiwar movement and a cultural milestone that continues to resound a generation later in movie soundtracks and hip hop music samples.

"War" appeared on both Starr's War And Peace LP and its follow-up, Involved. Involved also featured another song of very similar construction titled "Stop the War Now", which was a minor hit in its own right.

Moving to England in 1973, Starr continued to record music into the 1970s, most notably recording the song "Hell Up In Harlem" for the 1974 film, Hell Up In Harlem, which was the sequel to Black Caesar, an earlier hit with a soundtrack by James Brown.

In 1979 Starr reappeared on the charts with a pair of disco hits, titled "(Eye-To-Eye) Contact" and "H.A.P.P.Y. Radio". By now he had joined the well-established disco boom, and had further singles out on the record label 20th Century Records. Over the years he released tracks on many labels including Avatar, Calibre, 10 Records, Motown (a return to his former label for a 1989 remix of "25 Miles"), Streetwave and Hippodrome.

In 1985 Starr released "It Ain't Fair". Despite garnering the attention of many in the soul and dance clubs, it fell short of becoming the hit many felt it deserved to be.

In 1988 Starr teamed up with the popular and successful Stock, Aitken and Waterman production company for the club hit "Whatever Makes Our Love Grow".

In 1989, a number 17 uk hit by the Cookie Crew called "Got to Keep On" sampled a portion of "25 Miles" [1]. This track was then featured on a 1990 dance medley made for the BRIT Awards which made number 2 in the UK Singles Chart [2]. A club mix of various artists, it included the previous years remix of "25 Miles". Starr also appeared on the charity number one single "Let It Be" by Ferry Aid, again a various artist project.

Starr resurfaced briefly in 2000, to team up with the UK band Utah Saints to record a new version of his song "Funky Music Sho Nuff Turns Me On". He appeared again in 2002 to record a song with the British musician Jools Holland, singing "Snowflake Boogie" on Holland's compact disc More Friends; and to record another track with Utah Saints, a so far unreleased version of his number one hit "War" - his last ever recording.

Starr remained a hero on England's Northern Soul circuit - and also in Germany, where his energy and dedication to delivering a quality performance were greatly appreciated. He was affectionately renowned to be "The nicest man in Showbiz."

Edwin Starr died of a heart attack at the age of 61 in his home in Beeston near Nottingham.

Stronger Than You Think I Am

Free To Be Myself (Vinyl)

Hell Up In Harlem (Motown LP)