The Friends Of Distinction 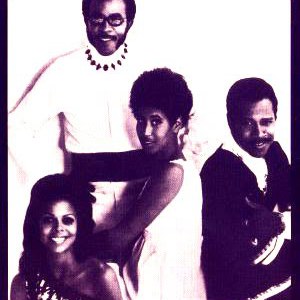 One of the most likeable and vocally cohesive singing groups of the late 60s and early 70s, the Friends of Distinction are too often forgotten in retrospectives of that era, but their music has continued to live on. Formed by Harry Elston, Floyd Butler, Jessica Cleaves and Barbara Love in 1968, the group had a relatively short life in its original incarnation, but made some of the most memorable pop/soul music of all time.

Elston had been singing with the Hi-Fi's in the mid-60s, warming up for Ray Charles in tours across the country. When that group split in 1966, members Marilyn McCoo and Lamont McLemore went on to co-found the enormously successful Fifth Dimension and Elston started the Friends, whose sound was similar to, and often confused with, the Fifth Dimension -- both included tightly harmonizing men and women dressed in late 60s "hip" clothing -- though the Friends' music was generally more soulful.

The newly formed Friends of Distinction was managed by football great Jim Brown and signed with RCA Records. Hitting the popular music scene when Motown and Stax were dominating, the Friends arrived with a breezy California pop/soul sound. Great harmonies and crossover arrangements backed the individually strong lead vocals of the group members. Combined with top notch material (both originals and covers), the group, like the Fifth Dimension, sounded like a breath of fresh air on Pop radio in 1969.

Their first single, "Grazin' In the Grass," was a Elston-sung vocal remake of a Hugh Masekela instrumental cut, and hit the top 5 on both Pop and Soul charts in 1969. The group's follow-up, "Going In Circles," was a brilliant ballad that also charted high. Love took some time off to have a baby, and Charlene Gibson stepped in and sang lead on the group's third big hit, "Love or Let Me Be Lonely." She also sang on the wonderful album cut, "Crazy Mary."

The Friends were quite prolific from 1969-71, releasing 5 albums (a sixth appeared in 1973). They also released a number of great singles, including "Check It Out" (later remade by Tavares) and a terrific cover of Neil Sedaka's "Time Waits for No One." Their best cuts are excellently compiled in The Best of the Friends of Distinction, which was released in 1996.

As popular music changed in the mid-70s, the Friends' fortunes declined. Jessica Cleaves was featured with Earth Wind and Fire,first appearance on the"Last Days and Time" release. A grueling touring schedule and the lack of a hit for several years led the group to call it quits in 1975. Elston and Butler continued to write and perform for a few years, then ultimately went their separate ways, taking jobs outside of music.

Over the next two decades, there was a rediscovery of the great music that the Friends had made together, and their biggest hits were remade by several artists, with "Going In Circles" charting for the Gap Band and Luther Vandross and "Love or Let Me Be Lonely" for pop artist Paul Davis. Most recently, "Grazin In the Grass" was released by Disney star Raven.

In 1990, Elston and Butler decided to bring the Friends back together. Tragically, Butler died (at Elston's side) before the group reunion could be realized. After Butler's death, Elston spent several years forming a new Friends group, ultimately bringing together Geno Henderson, Wendy Brun? and Berlando Drake to sing with Elston. That lineup currently tours and continues to entertain audiences nearly 40 years after the world first heard the Friends of Distinction.