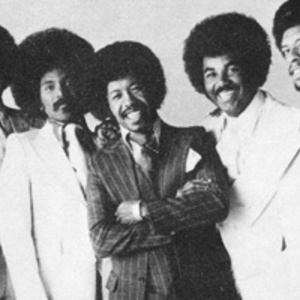 The Chi-Lites were a Chicago-based smooth soul vocal quartet from the early 1970s, one of the few from the period to not come from Memphis or Philadelphia. They were led by Eugene Record, and scored eleven Top Ten R&B hits, in the early part of the decade. The group formed in the late 1950s when The Chanteurs (Record, Robert "Squirrel" Lester, and Clarence Johnson) teamed up with Marshall Thompson and Creadel "Red" Jones to form The Hi-lites. Wishing to add a tribute to their home town of Chicago, they changed their name to the Chi-Lites" in 1964.

The group formed in the late 1950s when The Chanteurs (Record, Robert "Squirrel" Lester, and Clarence Johnson) teamed up with Marshall Thompson and Creadel "Red" Jones to form The Hi-lites. Wishing to add a tribute to their home town of Chicago, they changed their name to the Chi-Lites" in 1964. Johnson left later that year, and their name was subsequently shortened to The Chi-Lites.

Eugene Record was the group's primary songwriter, though he frequently collaborated with others, such as Barbara Acklin.

Their major hits came in 1971, with "Have You Seen Her?", and 1972, with "Oh Girl".. In fact, The Mighty Majors ("You Can Never Go Back") won 1st Place at the Apollo Theatre Wednesday night Talent Show the night that The Chi-Lites were performing one of their finest performances ever at The Apollo that night in the early '70's.

Other transatlantic chart smashes followed, although the output became more fragmented as the group's personnel came and went. For example, bass singer Creadel Jones left in 1973 and was replaced in quick succession by Stanley Anderson; Willie Kensey; and then Doc Roberson. Shortly thereafter, Eugene Record left, and David Scott and Danny Johnson entered.

More personnel changes ensued, when Johnson was replaced by Vandy Hampton in 1977.

At that point the group totally disintegrated, but re-formed in 1980 with the mid sixties quartet of Record, Thompson, Jones, and Lester back together. Creadel Jones left for a second time in 1982, leaving the group as a trio. Record left again in 1990, and new lead Anthony Watson was recruited, considered by many to be one of the best in the group's history. (It should be noted that Robert Lester took over lead of "Oh Girl", while Watson led the other songs.) The group also featured an ever-changing female member.

Once the hits had completely dried up, further changes took place. In the early 1990s, Creadel Jones returned again, but would subsequently leave. Throughout the 1990s, Watson left twice; each time Frank Reed took over as lead singer. In 2002 the group was comprised of Marshall Thompson, Robert Lester, Anthony Watson, and Tara Henderson. Watson left for a third time, when Thompson's wife took over as female vocalist.

The present day group is virtual 'ever presents' - Marshall Thompson, and Robert Lester; plus Tara Thompson, and new lead singer, Frank Reed. Robert :Squirrel" Lester Passed away on Jan. 21st, 2010.
One relatively unknown album track by the group from the 70's, 'Are You My Woman', had its main riff sampled by Destiny's Child group member Beyonc? Knowles, on her massive world-wide hit 'Crazy in Love'.

In addition, their song "Oh Girl" was sped up and sampled by Paul Wall in his song "Girl".

The Very Best Of - Give More Power To The People CD2

The Very Best Of - Give More Power To The People CD1

One In A Million The Very Best Of The Chi-Lites

The Best Of The Chi-Lites

Just Say You Love Me