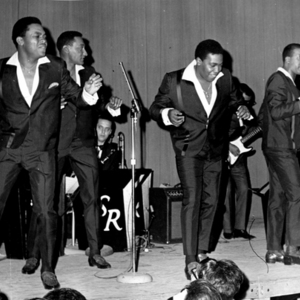 In July, 2005, Benson died of lung cancer with Payton's son Roquel replacing him. And as of April, 2005, Fakir, McNeir, Payton and Peoples still perform together as The Four Tops. The legendary Levi Stubbs sadly passed away in 2008.

Among a number of groups who helped define the Motown Sound of the 1960s, including The Miracles, The Marvelettes, The Temptations and The Supremes, The Four Tops were notable for having Stubbs, a baritone, as their lead singer; most groups of the time were fronted by a tenor. The group was the main male vocal group for the songwriting and production team of Holland-Dozier-Holland, who crafted for the group a stream of popular hit singles, including two #1 hits: "I Can't Help Myself (Sugar Pie, Honey Bunch)" and "Reach Out I'll Be There". After Holland-Dozier-Holland left Motown in 1967, the Four Tops were assigned to a number of producers, primarily Frank Wilson. When Motown left Detroit in 1972 to move to Los Angeles, California, the Tops stayed in Detroit and moved over to ABC Records, where they continued to have charting singles into the late-1970s. Since the 1980s, The Four Tops have recorded for, at various times, Motown, Casablanca Records, and Arista Records.

Reach Out Ill Be There CD1

Reach Out Ill Be There CD2