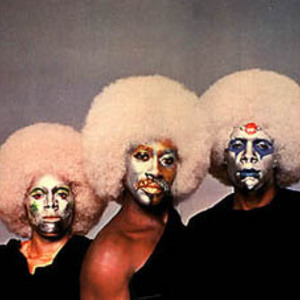 The Undisputed Truth was a 1970s Motown recording act, assembled by record producer Norman Whitfield as a means for being able to experiment with his psychedelic soul production techniques. Joe Harris served as main lead singer, with Billie Rae Calvin and Brenda Joyce, formerly of The Delicates, on additional leads and background vocals. History The group's music and unusual costuming (large Afros and white makeup) typified the then-popular trend of "psychedelic soul".

History
The group's music and unusual costuming (large Afros and white makeup) typified the then-popular trend of "psychedelic soul". A number of their singles became minor hits, and many of them were also songs for Whitfield's main act The Temptations, among them "You Make Your Own Heaven and Hell Right Here on Earth" and "Papa Was a Rollin' Stone". Their single Top 40 hit in the United States was the ominous "Smiling Faces Sometimes", also originally recorded by The Temptations, which hit #3 on the US pop charts in 1971.

The Undisputed Truth, along with Rose Royce and Willie Hutch, followed Whitfield during his exodus from Motown to set up Whitfield Records in 1975. At this time, Calvin and Joyce left the group, and Harris was joined by new members Taka Boom, Tyrone "Lil Ty" Barkley, and Calvin "Dhaak" Stephenson. The group's costuming and style changed as well, becoming even more unusual and Funkadelic-influenced. However, the group had little success at the new label, and faded into obscurity after two more albums, although they charted in the UK in 1977 (#43) with the disco single "You + Me = Love" from the album Method to the Madness.

(from the Wikipedia Page)

Milestones: The Best Of The Undisputed Truth

Method to the Madness