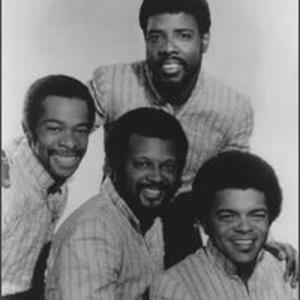 The Intruders is a former American soul music group most popular in the 1960s and 1970s. As one of the first groups to have hit songs under the direction of Kenny Gamble and Leon Huff, they had a major influence on the development of Philadelphia soul. Formed around 1960, the group originally consisted of Sam "Little Sonny" Brown, Eugene "Bird" Daughtry, Phillip "Phil" Terry and Robert "Big Sonny" Edwards.[1] In 1969, Sam Brown was replaced as lead singer by Bobby Starr, only to rejoin the group in 1973.

Formed around 1960, the group originally consisted of Sam "Little Sonny" Brown, Eugene "Bird" Daughtry, Phillip "Phil" Terry and Robert "Big Sonny" Edwards.[1] In 1969, Sam Brown was replaced as lead singer by Bobby Starr, only to rejoin the group in 1973.

In 1965, when songwriters and record producers Kenny Gamble and Leon Huff first contemplated leaving the Cameo-Parkway record label to risk launching their own label, the vocalists on which they pinned all their hopes and venture capital were The Intruders. Like many other subsequent acts the duo produced, which includes the popular Harold Melvin and the Blue Notes and The O'Jays, The Intruders had already developed a vocal sound that was both theirs and uniquely Philadelphian.

Brown, Daughtry, Terry and Edwards had been recording and performing one-off singles together since 1961, blending Philly's street corner doo-wop tradition with black gospel fervor. The result was neither as pop-infected as Motown, nor as funky and blues-inflected as Stax. The sound which The Intruders refined for the Excel, Gamble and Philadelphia International imprints reflected a different attitude than either Stax or Motown.

The Intruders, meanwhile, were undergoing some internal turmoil. When the group resurfaced on the 1970 Gamble LP, When We Get Married, lead singer Brown was replaced by nightclub singer, Bobby Starr (born Robert Ferguson). The title song, "When We Get Married" (R&B #8, Pop #45), a Dreamlovers cover, became a hit on the charts, as was the follow-up "(Win, Place Or Show) She's A Winner". Starr's tenure with the group was short-lived; Brown returned to the group in 1973 for the album Save The Children, which spawned The Intruders' last two big hits, "I'll Always Love My Mama" (R&B #6, Pop #36) and "I Wanna Know Your Name" (R&B #9, Pop #60).

"Cowboys To Girls" (R&B #1, Pop #6) remains the only chart topping single of their career. It was awarded an R.I.A.A. gold disc for one million sales in mid May 1968.[1] It was recently covered by the Hacienda Brothers. Other covers of their hit singles include Tiarra's cover of "Together", which was also done by Gladys Knight & The Pips on their Silk'N'Soul LP.

During the late 1970s and early 1980s, in the West Coast, their music was popular among Latino, specifically Chicano, youth.[citation needed] Daughtry died of cancer in 1994, and Brown committed suicide in 1995. The Intruders continues to exist in 2 forms: The Philly Intruders, who appear on "the Big Show" DVD, and the Bobby Starr-led Intruders, who feature on the "My Music DVD hosted by Patti LaBelle on PBS.

Cowboys To Girls - The Best Of The Intruders

Who Do You Love (Vinyl)

Save The Children (Vinyl)

When We Get Married (Vinyl)