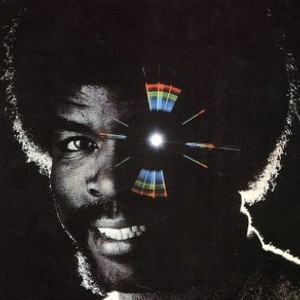 Jon Lucien (January 8, 1942 ? August 18, 2007) was born on the island of Tortola, the main island of the British Virgin Islands. Born Lucien Harrigan, and raised in Saint Thomas, U.S. Virgin Islands by his musician father, Lucien was best known for his song "Rashida", the title track of an album released in 1973, and one of two Grammy nominated songs on that album. He was also well known for his cover of "Dindi" by Brazilian composer Antonio Carlos Jobim.

His smooth baritone drew comparisons with Nat King Cole and Lou Rawls. He was often heard on traditional jazz stations in the United States such as WJZZ in Detroit, Michigan (now WDMK).

In the mid-1960s he relocated to New York City, where he began his musical career. One of his early inspirations was Nat King Cole. His debut album, entitled I Am Now, was released in 1970. 1973 saw the release of Rashida, containing the popular ballads "Would You Believe In Me", "Lady Love", and the title track.

For the follow up, Lucien collaborated with veteran producer Dave Grusin on the release Mind's Eye in 1974. This album contained the tunes "Listen Love" and "World Of Joy." The following year, Jon moved to the CBS label for his fourth album release, Song For My Lady, followed in 1976 by Premonition for the same label. Only one release spanned the years between the mid-1970s and 1990, the album Romantico, recorded in 1982 for the Precision label.

After a lengthy absence, Lucien returned in 1991 with Listen Love, a collection that was very much like what he had done at his peak in the 1970s. Further releases included Mother Nature's Son (1993) and Precious (1999).

His 17-year-old daughter Dalila Lucien died when N93119, the Boeing 747 airliner on TWA Flight 800 carrying 230 passengers bound for Paris, France, crashed into the Atlantic Ocean off the coast of Long Island, New York, shortly after takeoff from John F. Kennedy International Airport on July 17, 1996. That month, Jon Lucien went into the studio and began recording Endless Is Love. Seeking solace in the studio, he reflected: "My daughter doesn't want me sitting around being unhappy. I look at her and we communicate. We make music. The music is a special force."

A ?Best Of' compilation of his earlier work was released in 2001.

Jon Lucien died in Orlando, Florida on the 18th of August 2007 from respiratory failure and other complications following surgery at age 65.

Lucien Romantico
Man From Paradise
"Live In NYC"
A Time For Love
A new release entitled The Wayfarer, Songs of Praise is expected soon on the same Sugar Apple Music label.