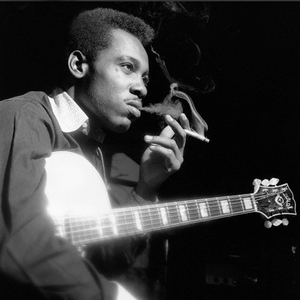 George Benson is a jazz guitarist born in Pittsburgh, Pennsylvania, USA on 22 March 1943. He started out playing straight-ahead instrumental jazz with organist Jack McDuff. Benson got his first experience playing with his several-year stint with McDuff's group. In 1964, at the age of 21, Benson recorded his first album as leader, The New Boss Guitar, with Brother Jack McDuff on organ. Benson's next recording was It's Uptown with the George Benson Quartet with Lonnie Smith on organ and Ronnie Cuber on baritone sax.

One of his major hits is the song "This Masquerade", which is included in the top-selling album Breezin' . This album represents a shift to more commercially oriented music which brought Benson a wider audience but alienated some jazz fans. Other singles that have made the Billboard Hot 100 charts include "On Broadway" (1978), "Love Ballad" (1979), "Give Me The Night" (1980) and "Turn Your Love Around" (1982).

Benson continues to play outstanding jazz guitar, as evidenced on recordings such as Jimmy Smith's Off the Top, Benson's own live album Par Excellence, and Tenderly, on which Benson is accompanied by McCoy Tyner on piano.

For his contribution to the recording industry, George Benson has a star on the Hollywood Walk of Fame at 7055 Hollywood Blvd.