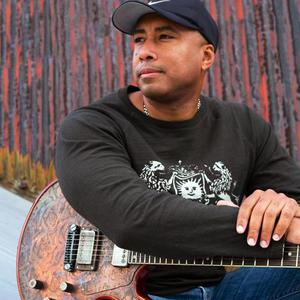 Bernie Williams is a multi-faceted person, having just completed a long career with Major League Baseball's New York Yankees, where he won four World Series titles. In addition to his accolades on the baseball field, Bernie is also a critically-acclaimed musician. A classically trained guitarist, playing and composing music is Bernie's first true passion with influences that include jazz, classical, pop, Brazilian, and Latin sounds. He is currently studying guitar and composition at the State University of New York at Purchase.

His major label debut, The Journey Within, was released on June 22, 2003.[11] In addition to playing lead and rhythm guitar, Williams composed seven songs for the album. Tracks like ?La Salsa En Mi? and ?Desvelado? mix Bernie's love of jazz with the sophisticated Latin rhythms of his Puerto Rican heritage.

Bernie's second major album, Moving Forward, was released on April 14, 2009 under the Reform Records label. The album features fourteen tracks and includes some collaborative tracks with other artists such as Bruce Springsteen, Patti Scialfa, Jon Secada, and Dave Koz.[12]

On September 17, 2009, Bernie Williams was nominated for a Latin Grammy for his latest album, Moving Forward.

Give Me One More Shot