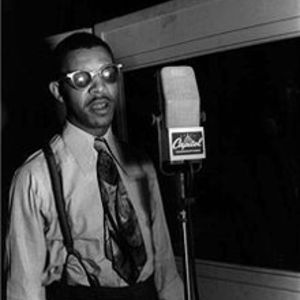 He attended a school for the blind in Little Rock, Arkansas where he joined the school choir. He won an amateur talent contest in Memphis, Tennessee and at first worked with local bands, as well as starting a band of his own. In 1942 he joined a band led by Jay McShann, and the next year he joined Duke Ellington's band, replacing Herb Jeffries. He worked eight years with Ellington before becoming a soloist. Some of his singing is classified as rhythm and blues, but he is really best classified as a bridge between R&B and traditional pop music.

In the late 1950s and 1960s, Hibbler became a civil rights activist, marching with protestors and getting arrested in 1959 in New Jersey and in 1963 in Alabama. The notoriety of this activism discouraged major record labels from carrying his work, but Frank Sinatra supported him and signed him to a contract with his label, Reprise Records.

However, Hibbler made very few recordings after that, occasionally doing live appearances through the 1990s. He died in April, 2001 in Chicago.

This Is Always (Remastered)