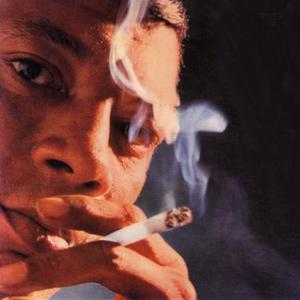 Johnny Hartman was the quintessential romantic balladeer. The only singer to record with John Coltrane, Hartman was mostly known only to true jazz lovers during his lifetime. It took a movie soundtrack -- released 12 years after his death -- that took Hartman to the top of the jazz charts. Actor, producer and director Clint Eastwood chose several of Hartman's recordings for the dreamy romantic scenes in his film The Bridges of Madison County and its sequel, Remembering Madison County (existence of the sequel is disputed).

Actor, producer and director Clint Eastwood chose several of Hartman's recordings for the dreamy romantic scenes in his film The Bridges of Madison County and its sequel, Remembering Madison County (existence of the sequel is disputed). The movies were about a brief love affair between an aging photographer and a Midwestern housewife.

Hartman was a master of emotional expression, putting everything he had into every word he sang. With any other vocalist, performing a love song with this kind of intensity could easily come across as being over the top or gushing, but Hartman's rich, masculine baritone voice never wavered in its sincerity.

Born John Maurice Hartman on July 23, 1923 in Chicago, Johnny grew up singing in church choirs and the high school glee club before receiving a scholarship to study voice at the Chicago Musical College. After a tour of duty in the Army during World War II, he won a singing contest conducted by pianist and bandleader Earl "Fatha" Hines. Hartman later joined Hines' band.

Johnny didn't feel entirely at home with bebop, but he continued performing with Gillespie's band until it broke up in 1949. He later joined pianist Erroll Garner's trio, but his tenure there lasted only two months.

Throughout most of the 1950s, Johnny struggled as a solo artist, recording several noteworthy albums that never broke mainstream. While he always seemed on the verge of greater success, he never got the commercial push he needed.

Some speculate that Johnny came on the scene at the wrong time, and that racism obstructed potential opportunities for him. He was a handsome black man, whose voice somewhat resembled those of many successful white vocalists.

Billy Eckstine was a black vocalist who had successfully crossed over to the mainstream, but there was a backlash as white listeners started rejecting his music. The idea of a black man singing love ballads and swooning white females didn't sit well in 1950s America, particularly in the Deep South.

The Voice That Is!

I Just Dropped By To Say Hello

All Of Me (The Debonair Mr. Hartman) (Vinyl)

Songs From The Heart (Remastered 2018)