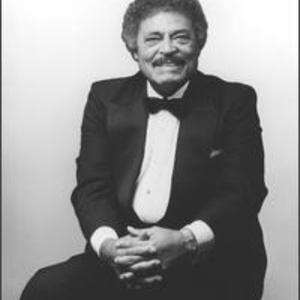 Arthur Prysock (Born January 2, 1929 in Spartanburg, South Carolina ? Died Bermuda, June 7, 1997) was an American baritone singer, whose widest exposure may have come from singing the "Tonight, Let It Be Lowenbrau" beer jingle in the late 1970's. Prysock who recorded for 43 years, released some 60 albums, with bandleaders including Buddy Johnson & Count Basie, on labels such as Mercury & Verve, but the bulk of his work was released via the Old Town label. His voice had a deep, rich smokey resonance, comparable to the smooth balladeering of Billy Eckstine, Brook Benton or Lou Rawls.

In 1944 popular touring bandleader Buddy Johnson found Prysock in Hartford Connecticut and signed him as a vocalist. Prysock became a mainstay of the live big band performance circuit, singing on several of Buddy Johnson's hits on Decca Records ("Jet My Love", 1947 and "I Wonder Where Our Love Has Gone", 1948) and later on Mercury Records ("Because", 1950). Other signature tracks that Prysock recorded for Buddy Johnson's Orchestra between 1944 and 1952 included ?They All Say I'm the Biggest Fool,? and ?At Last.?

With his concert popularity building, Verve picked him up, and paired him with Count Basie for an album in 1965, and after years of one-nighters on the Chitlin circuit, he finally performed at Carnegie Hall in 1966. Many productions from the 60's & 70's place Prysock in baths of syrupy strings & over orchestrated arrangements that have woefully buried his voice. He remains largely under appreciated as an 'easy listening' artist by modern audiences, with the Verve Music Group not even bothering to provide a bio on their website, despite selling his recordings.

In the 70s, he kept recording for Old Town, and had smatterings of success like the circa '73 northern soul In The Rain fave and a surprise disco hit with "When Love Is New". By 1980 "I'm Never Gonna Let You Go" was recorded for Gamble & Huff's Philadelphia International label . In 1985, recorded his first new album in almost a decade,signing with Milestone Records in 1986. He continued recording jazz ballads & blues for Milestone, accompanied by his brother Red Prysock. His Milestone recordings were considered comebacks and ?A Rockin' Good Way,? ('85) and its follow up, ?This Guy's in Love with You,? ('86) rekindled his career, and he received 2 Grammy nomination for his latter career efforts, one a duet with Betty Joplin. His last studio effort was released in 1987, and a collection of his Milestone Recordings was re-issued in 2000 via the Concord Music Group. Prysock received a Pioneer Award from the Rhythm and Blues Foundation in 1995 and passed away in 1997 after suffering an aneurysm at age 73 in Bermuda where he had a retirement residence.

Arthur Prysock Does It Again! (Vinyl)

This Is My Beloved (Vinyl)