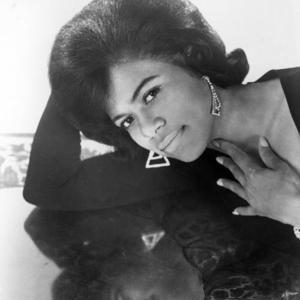 She grew up in Arcadia, Louisiana, one of 14 children, and moved to Los Angeles, California in 1963. Although some sources state that she was in a vocal group known as The Fawns who recorded for Money Records in 1964, she has refuted this, saying that she sang with a trio in Arcadia by that name. In 1964 she started a solo singing career, as Bettye Swann, at the prompting of local DJ Al Scott, who became her manager.

In 1964 she started a solo singing career, as Bettye Swann, at the prompting of local DJ Al Scott, who became her manager. After a minor hit with the self-penned "Don't Wait Too Long," her big breakthrough came with "Make Me Yours," which topped the Billboard R&B charts in July 1967, and also made #21 on the Billboard Hot 100[2]. In 1968 she split with Scott, moved to Georgia, won a new contract with Capitol Records and had another hit with "Don't Touch Me" (#14 R&B, #38 Hot 100).

In 1972 she transferred to Atlantic Records, and had a couple of minor hits with "Victim of a Foolish Heart" (later revived by Joss Stone), and Merle Haggard's "Today I Started Loving You Again." She continued to record until the mid 1970s, but with little commercial success. Her last public performance as Bettye Swann was in 1980, the year her husband and manager, George Barton, died.

As Betty Barton, she then worked in the education sector in the Las Vegas, Nevada area, and became a Jehovah's Witness. She is now retired and, according to a 2005 interview, suffers from a degenerative spinal condition.

Make Me Yours (Vinyl)