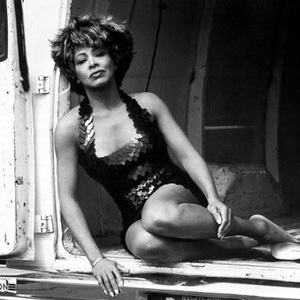 Tina Turner (born Anna Mae Bullock on 26 November 1939, Nutbush, Tennessee, USA) is a Grammy-winning multi-platinum American rock/soul singer, songwriter, actress, and author. She is the most successful female rock artist of all time: the Acid Queen or The Queen of Rock 'n' Roll. She started her storied career by joining Ike Turner to form The Ike & Tina Turner Revue in 1960. They had a string of hits like A Fool In Love, It's Gonna Work Out Fine...

After her divorce from Ike Turner (he had been abusing her for many years) she took on a solo career in the late 70's. It wasn't until 1983, with the release of a cover of Al Green's "Let's Stay Together", that she proceeded to make one of the greatest comebacks in history of music. Her 5th solo album "Private Dancer" produced numerous hits and earned her four Grammy Awards. In 1985, she starred in "Mad Max Beyond Thunderdome" beside Mel Gibson and not only gained a NAACP Image Award for her performance as Aunty Entity, but also received a Grammy nomination for "We Don't Need Another Hero", a song from the film's soundtrack. Next, Tina brought her story to the the public through her best-selling biography "I, Tina", written with Kurt Loder. She followed "Private Dancer" with "Break Every Rule" and "Foreign Affair". Each album was followed by successful world tours. Tina Turner announced that she would be retiring after the "Foreign Affair" Tour.

Ike and Tina Turner were inducted into the Rock N Roll Hall of Fame in 1991. That same year, she released her first greatest hits CD, "Simply The Best", which went platinum. In 1993, her life story was made into a motion picture, "What's Love Got To Do with It." She helped promote it with remakes of old Ike and Tina numbers. She also recorded three new songs for the film's soundtrack. Among the new songs was "I Don't Wanna Fight" which went to #9 on the Billboard charts and was nominated for a Grammy award. She followed the album with an American tour.

Tina Turner came out of retirement to make her first original album in 1995 after the success of her song "Goldeneye" from the James Bond film of the same name. She released "Wildest Dreams" in 1996, became the spokeswoman for Hanes Hosiery, and embarked on yet another world tour that continued into 1997. One would think that at 56 Ms. Turner had done enough to fulfil a lifetime of achievements, but there was more to come.

In 1999, Tina Turner turned 60 and released the album "Twenty Four Seven" and a world tour followed. She announced once more that this would be her last tour. The "Twenty Four Seven" tour was ranked the #1 tour of 2000. In 2004, she released "All the Best", her second greatest hits CD, in Europe. It was released in February of 2005 in the U.S. and debuted at #2 on the charts.

In December of 2005 Tina Turner was honoured with the prestigious Kennedy Award for her achievements in her musical career. In 2006, Tina Turner and singer Elisa released the song "Teach Me Again", which went to #1 in Italy. The song was for the movie "All the Invisible Children" and all the sales went to UNICEF.

In May 2007, Turner returned to the stage to headline a benefit concert for the Cauldwell Children's Charity at London's Natural History Museum. This was her first full show in seven years. Jazz pianist Herbie Hancock released an album paying tribute to singer-songwriter Joni Mitchell, entitled River: The Joni Letters on September 25, 2007, on which Turner contributed her vocals to a version of "Edith and The Kingpin". On October 16, 2007, Carlos Santana released an album entitled Ultimate Santana which featured Turner singing "The Game of Love", a song originally intended for her to sing, but which was instead released by Santana with Michelle Branch due to demands from the recording label. In 2009, Turner participated in the Beyond Singing project with fellow musicians Regula Curti and Dechen Shak Dagsay. This CD combined Buddhist chants and Christian choral music along with a spiritual message read by Turner.

Tina performed with Beyonc&eacute; at the 50th Annual Grammy Awards in February 2008. It was Turner's first major public performance since her record-breaking "Twenty-Four Seven Tour". In addition, she picked up a Grammy as a featured artist on River: The Joni Letters. On May 5, 2008, she performed in a concert at Caesar's Place in Las Vegas with long time friend Cher.

Turner embarked on her "Tina!: 50th Anniversary Tour" on October 1, 2008, which began on in Kansas City, Missouri at the Sprint Center. The album, Tina!: Her Greatest Hits, was released in support of the tour. Turner's North American tour proved to be a huge success selling out every date and grossing US$47.7 million dollars. Her European tour has become the 2nd highest grossing tour worldwide, grossing US$83.5 million in just 52 shows. Bringing its estimated total gross to over US$130 million dollars. She had five soldout shows at the TheO2.

Tina currently resides in Switzerland and France with her longtime companion, Erwin Bach. More information can be found at her official site, http://www.officialtina.com

A Fool In Love (The Very Best Of Tina Turner)