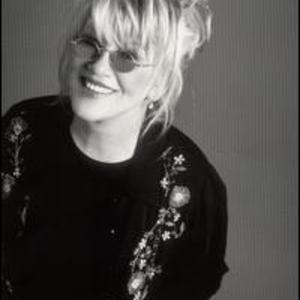 Bonnie was born in Alton, Illinois, and grew up in East St. Louis. At 14, she was allowed to sing on Gaslight Square, a St. Louis nightclub area much like the French Quarter in New Orleans. She was groomed by the best - Jazz greats Stan Getz, The Quartet Tres Bien, Herbie Mann, Miles Davis, and Nat and Cannonball Adderly gave her a musical foundation par excellent. But it was her love for rhythm and blues that brought her to the attention of Albert King and Little Milton. She made musical history as the first white Ikette for Ike and Tina Turner.

When she expanded her career and moved to Los Angeles in 1967, she met Delaney Bramlett and married him seven days later. Delaney & Bonnie & Friends shared the stage with "Friends" that included Eric Clapton, Leon Russell, George Harrison, Dave Mason, Rita Coolidge, Gram Parsons, and John Lennon to name just a few. A complete list of collaborations both in songwriting and performance reads like a history of Rock and Roll. They released five outstanding albums. Their first release was DELANEY & BONNIE/HOME on Stax Records. Hit singles such as "Soul Shake," "Never Ending Song of Love," and "Only You Know & I Know" kept them on the charts. The duo broke up personally and professionally in 1973. Her songwriting credits include "Super Star" (nominated for a Grammy in 1972), and "Give Peace a Chance,"
Both co-written with Leon Russell.

Bonnie then moved to Georgia and embarked upon a solo career. She enlisted a little known backup band she named "The Average White Band." On the Southern Rock label, Capricorn, she issued solo LP's in 1974, 1976, and 1978. Bonnie was also the number one "gotta have" backup singer on albums by Joe Cocker, Carly Simon, Gregg Allman, Little Feat, Jimmy Hall, Steve Cropper, Jimmy Buffett, Dwight Yoakam, just to name a few. Her harmonizing with Delbert McClinton in the 1980's launched the award-winning "Givin' it Up for Your Love" that has become a rock standard.


After touring with Stephen Stills, Dickey Betts and Gregg Allman invited her on the Allman Brothers tour, and she became known as the only "Allman Sister" to the acclaimed Southern rock group.

She returned to LA in the 1980s and married for a second time in 1988. A chance to act lured Bonnie into a guest role on the TV series Fame followed by a role in Oliver Stone's film, "The Doors," with Val Kilmer, Meg Ryan, and Billy Idol. While working with Tom Arnold on a theater production, Roseanne Barr asked Bonnie to be on her #1 Hit TV series "Roseanne" as Bonnie Watkins, her fellow waitress at the Mall. 1991 -92 proved to be a fun two years, with David Crosby appearing as her husband, and an outstanding episode of backyard singing of "You've Really got a Hold on Me" that capped her appearances on the popular show. She also appeared on stage in the musical, "Cowboy Caf?."

Her second marriage ended and Bonnie moved to Idaho with her family to write and regroup. In 1999 she moved to Nashville, TN.She signed with Corlew Music Group and Blue Hat Records released the critically acclaimed "I'm Still The Same" in 2001. Jerry Wexler stated, "Her vocals are stunning in every respect; intonation on the money; dynamics intense; phasing lyrical and logical, and above all, burning with the feeling that we have come to recognize as deep soul."

In 2005, Bonnie signed with ZOHO Records.

In addition to touring, writing and the new CD, Bonnie recently participated in the 25 year cast reunion for the Roseanne Show on Larry King Live. She also just completed shooting her role in an upcoming Touchstone movie "The Guardian" featuring Kevin Costner and Ashton Kutcher. The film is scheduled for release in the fall of 2006.

For more information about Bonnie, please visit her website at www.bonniebramlett.com

I Can Laugh About It Now