Big Head Todd and The Monsters 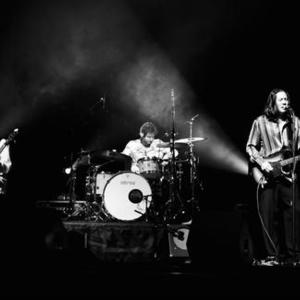 Big Head Todd & the Monsters is a rock band formed in 1986 in Colorado. The band has released eight studio albums since 1989 with their 1993 album Sister Sweetly going well beyond platinum in the US. The band has developed a sizeable live following especially in the Mountain States of the US. Big Head Todd and The Monsters ? singer-guitarist Todd Park Mohr, bassist-singer Rob Squires, drummer-singer Brian Nevin and keyboardist-guitarist-singer Jeremy Lawton -- could have begun resting on their laurels back in 1993...

Big Head Todd and The Monsters ? singer-guitarist Todd Park Mohr, bassist-singer Rob Squires, drummer-singer Brian Nevin and keyboardist-guitarist-singer Jeremy Lawton -- could have begun resting on their laurels back in 1993, when their Top 10 singles ?Bittersweet,? ?Broken Hearted Savior,? ?Circle? and ?It's Alright? pushed the album Sister Sweetly to platinum certification. However, Mohr says, ?I've fought throughout our career not to be a one-trick pony, to be the kind of band that has depth and diversity in its catalogue. I'm a fan of this band, and I'm constantly looking forward to what comes next.?
The essence of Big Head Todd and The Monsters ? a rootsy, emotionally direct variety of rock 'n' roll that lends itself particularly well to a live setting ? has been winning fans since Mohr, Rob Squires and Brian Nevin started playing together in high school (Jeremy Lawton joined in 2004). Needless to say, the three never expected to be in the same band at this late date, but, as Mohr points out, ?It was a really fortunate combination of musical personalities, and we're still partners in every sense of the word.?
The band spent seven years developing their chemistry and amassing a following, boosted significantly by the independent releases Another Mayberry (1989) and Midnight Radio (1990), before being ?discovered? by the listening public at large with 1993's Sister Sweetly. After a major-label stint (Sister Sweetly, 1994's Stratagem, 1997's Beautiful World), during which the trio increasingly found itself frustrated artistically, they reclaimed their independent status (2001's Riviera, 2004's Crimes of Passion). ?If it were not for our ability to do things for ourselves, we would have disappeared a long time ago,? Mohr allows.

All the Love You Need

From the Archives - Volume 1

Live At The Fillmore CD2

Live At The Fillmore CD1