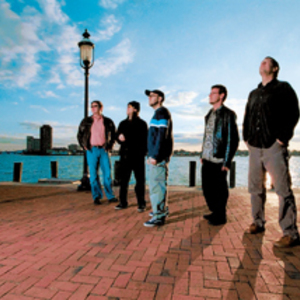 The band's first record, Fatboy (1992), established the band as a favorite of the same 1990s scene that became popular through bands such as the Dave Matthews Band, Phish, and Widespread Panic. moe. has toured with the 1997 Furthur Festival, appeared at Woodstock '99, have played in Central Park, were the opening band for The Allman Brothers and The Who, and performed at Radio City Music Hall on New Years Eve 2006 and 2007.

They also host the annual festival moe.down at Snow Ridge Ski Area in Turin, NY. Started in 2000, the festival runs for three days and occurs every Labor Day weekend. The festival has attracted a wide variety of musical talent. Acts range from newer bands just emerging onto the scene (such as Tea Leaf Green, Nellie McKay and Raq) to big name acts and jam rock staples, such as Les Claypool, Blues Traveler, and Mike Gordon (of Phish fame); to pop rock icons, such as Leo Kottke, The Flaming Lips, The Violent Femmes; and most recently, Perry Farrell. Each year, the amount of moe.down attendees has steadily increased. moe.down I attracted around 3,000 people while moe.down VI in 2005, had attracted close to 7,000.

During an interview, guitarist Al Schnier was asked to describe moe. for those who have never heard their music: "It's an amalgamation of a wide variety of the history of rock, all regurgitated and recycled through the eyes, ears, hands, whatever of the guys in our band and all of that with a sense of adventure, a sense of humor, also a constant desire to push the envelope. All in this arena of taking chances, improvising live, and making things up on the spot."

Their official site can be found at www.moe.org

This Is Not, We Are

No Guts, No Glory

What Happened To The La Las (Deluxe Edition) CD2

What Happened To The La Las (Deluxe Edition) CD1