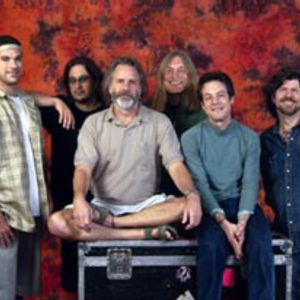 Ratdog, also known as Bob Weir & Ratdog, is an American rock band. The group began as a side project for Grateful Dead rhythm guitarist Bob Weir and bassist Rob Wasserman that toured for seven years under names such as Weir/Wasserman and Scaring the Children. After adding Jay Lane on drums and Matthew Kelly on guitar and harmonica, they played their first show as a full band on April 22, 1995. They were originally billed as Friends of Montezuma and then as Ratdog Revue. They played their first show as Ratdog on August 8, 1995.

After the Grateful Dead disbanded in December 1995, following the death of Jerry Garcia on August 9, 1995, Ratdog became Bob Weir's primary band. They perform Grateful Dead tunes primarily with a mixture of Bob Dylan, along with some originals. Ratdog's repertoire consists of over 150 songs.

Rob Wasserman left the band in 2003 and was replaced by Robin Sylvester.